Apologies to those of you who read my regular updates but aren't really interested in my pet project - there has been plenty to talk about in the last few days and I should be getting back on track after this weekend. In the meantime, you might enjoy the following scene from the still-untitled novel... 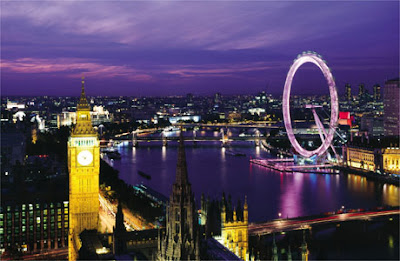 @TajinderZahman is about to lose it all.

Taj whipped an arm round the post on the landing and flew down the stairs, taking them in two well-judged leaps. This would normally have taken him straight through the front door but unfortunately, Naani had been moving furniture in one of her regular shifts designed to keep the house layout fresh and deter her frequent visitors from getting too comfortable in any one position.

Instead of the door, Taj careened into an end table and vase which had been left improbably between the stairwell and doorway, most likely with the specific aim of preventing him from performing the exact manoeuvre that he had planned. The table fell straight across the doorway, preventing a speedy getaway. The vase, conical-shaped and made to resist rough treatment, rolled around, spilling chrysanthemums across the hallway and water towards the gap under the door. Taj watched it as it trickled away, his mind and muscles slowed by the impact. He thought of the wave that Josie had told him about earlier, saw the fear and inevitability that must have washed over the people in the countryside as they saw the wave approach...

“Tajinder Zahman! You are a crazy, clumsy son of a fool!” Naani stepped into the passage from the kitchen, a heavy marble rolling pin in her hands. Her apron was dusted with flour and she seemed briefly big enough to feel the corridor, rather than the skinny five-foot-nothing that she actually was.

When he hadn’t moved a few seconds later, she stepped over towards him, righted the table with a single movement and produced a cloth, which swiped away most of the surface water with a single, angry sweep.

“Well? Have you nothing to say, baalak boy? Your poor mother would have enjoyed your silence while you were growing up!”

The enormity of the situation was slowly filtering through Taj's mind, and as it touched each receptor on the way through, it left an ice-cold burn behind. He hardly even realised that the dangerously-soft voice he could hear was his own.
“Naani, we have to go.”

“Go? What are you talking about? This is nonsense, boy!” When his expression did not change, she then said, “I’ve just put some samosas into oil.”

Taj willed his muscles to force him forward but as usual, they were frozen solid in Naani’s presence. He couldn’t speak for shame, but his anguished expression told the old woman more than words ever could. She immediately dispensed with her mock-angry demeanour and instead looked him directly in the eyes.