Can the Lords save the Health Service?

Lansley, greedy Andrew Lansley, tosser...sorry, where was I? Ah, after several weeks of novel writing and irreverence, I find myself back in my bread-and-butter world of political outrage. Like many unionistas, my current cause for concern is the NHS. Sure, the economy is still in freefall, but it's been like that for years now and it's only the poor and the vulnerable that are suffering. Meanwhile, our Health Minister dons the oven gloves of political shame and juggles his hot potato without even pausing to think about how his reforms will affect those that need the service the most. He may seem to have no grace, but then how many Conservative ministers have ever had a rap written about them? That's street, dog! 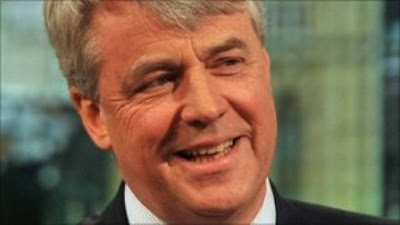 I's shoutin' out for ma possee in da Bullingdon, innit!

Once again while their paymasters discuss their plans in secret, the Lapdog Democrats shamelessly fawn for attention and fall on any scraps thrown to them by government. Norfolk's own Norman Lamb had threatened to quit his post as Nick Clegg's chief adviser in April over the NHS restructuring in England but is now backtracking furiously and advising others that the reforms will give the NHS 'certainty'. What would appear to be certain is that privatisation is top of the agenda, despite Nick Clegg having told the country that this would not happen under any circumstances. But then, these days Liberal Democrat U-turns happen about as often as cold days in Britain in June. 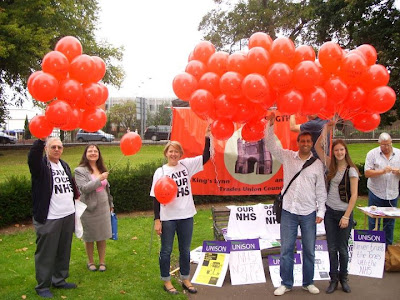 Public sector workers showed yesterday in Kings Lynn that Norman Lamb's sentiments are not shared by all of those that work in the service.

While the party members bristle uncomfortably and the MPs about-face every time they breathe, it falls to the Liberal Democrat peers to set up an effective opposition to Tory privatisation plans. Baroness Shirley Williams is a peer with a number of concerns about the revised reforms and chief among them is a legal doubt as to whether the secretary of state will any longer be bound to deliver a comprehensive health service for the people of the UK, free at the point of need. Removing this clause would effectively torpedo the central tenet at the heart of the NHS.

Williams makes the very good point that she is not against the notion that private elements in the NHS could improve core standards and bring new ideas. And of course, there is a temptation to simply provide a direct foil to the government's 'private good, public bad' mantra. Trade unionists are not against positive change, but we know full well that squeezing a profit margin into a financial transaction immediately introduces pressures elsewhere. Standards of care cannot and should not be made to suffer so that rich people grow richer.

Williams writes in the Observer, "Why have they tried to get away from the NHS as a public service, among the most efficient, least expensive and fairest anywhere in the world? Why have they been bewitched by a flawed US system that is unable to provide a universal service and is very expensive indeed?" The international companies that are being mooted as potential recipients for health service contracts by consultancy firm McKinsey have no interest in the well-being of UK residents, just of seeing a return on their investments.

It is to be hoped that the NHS, a cultural icon in the UK as significant as the Royal Family and more important than any other, a service set-up to provide free health care at the point of need to rich and poor alike, will be preserved by the close attention of dissenters in the House of Lords.
Posted by Kris Holt at 12:13