My Travels Through Imaginary Lands, Pt.7

I'm pleased to say that sobriety arrived before breakfast, but then breakfast came later in the day than usual, merging seamlessly into lunch in a most agreeable manner.  Both Taly and her late father, safely ensconced in his glass prism, attended, and they retained their genial good humour from the day before.

'Tell the world,' Taly said when I approached the table.  'Even when nursing a hangover, it's possible to be quite the dapper gentleman.' 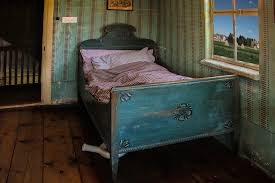 She was being kind.  This was my third day in this particular day-suit, and while it was impeccably tailored, I was nonetheless keen to take it to be cleaned.  First though, I wanted an opportunity to sit and reflect.  I had returned to my room yesterday to a message from the Ministry informing me of Hernan's passing.  While I had of course been aware of this for several hours, it was still enough to cause me to sink into melancholia.  I had lain awake in bed while the room spun around me, thinking of the language projects we had worked on together.  True polymaths were rare in Ondia, and finding one who shared my passion for literary nuance had been a rare thing.

Secondary to that concern but still prominent had been the knowledge that the Ministry was clearly watching my movements.  This was of no particular surprise, and could be viewed in some ways as a compliment; I was clearly important enough in their eyes to be worth watching.  What I found to be discomfiting was the thought that anybody I met - the casual conversationalist in the bar, the fruit-seller in the market, the peasant woman with the empty eyes - any or all of them might be a person reporting on me.  In the same way that I was trading Ondian bonds for local currency as I travelled, so eyes and ears were the Ministry's currency on the ground.  It was inevitable that eyes would end up watching ears, and that ears would be listening to eyes.

And yet, one can only spend so much time reflecting on nostalgia or mindful of benevolent surveillance.  I was on holiday, keen only to stretch my legs, broaden my horizons and have a tasty lunch.  What better companion for that task than Taly, who charmed the waiter with her amazing smile and arranged us fresh fish fillets?

'What are your plans?' I asked when we had eaten.

'I'm hoping I can charter a boat that will take me to the northern coast.'

'It's a dubious strategy.  When the gunboats see you, they'll turn you back.  Just go south and take the train.'

She sighed.  'If I do that, I'll have to travel through Kassium to get home.  I have lots of memories of spending time with him there.  I'm not ready to deal with that just yet.'

It was a sentiment I could appreciate.  Here I was on the road, entirely free to travel as I wished, but not yet ready to commit to a route, to decide how to get where I was going.  Instead, I became the eternal wanderer, my simple cloth bag my home away from home.

I walked Taly to the docks and wished her farewell.  She gave me an enthusiastic hug.  When she had disappeared into one of the dockside taverns in search of her captain, I felt a wholly unaccountable sense of loss.  It took several deep breaths of the sea air before I felt fortified enough to head wearily back towards the centre of town.

I hadn't been walking long when I came across a small square, tucked back from the road, that I hadn't seen coming the other way.  In no particular hurry, I wandered over.  The paving was dark and even, very different to the roughly-hewn yellow sandstone so prevalent elsewhere.  Neatly-trimmed bushes lined the edges, and a number of dark wooden benches were arranged in a circle around a bronze statue.  The benches were occupied by children, some sitting quietly with parents, others seemingly devoid of adult company and instead grouping with their peers.  All of them were listening intently to the tall thin man who was standing in front of the statue, reading a story from a book.

The story was about a bird who stole a magic plum from the Gods, and was seeking to flee their wrath.  Such was the ingenuity of the text, evocative and yet deceptively simple, that both children and adults were rapt.  Even I became one with the tale, and felt a secret satisfaction when the bird grew magnificent red-gold plumage, and fled to safety disguised as a candle flame.  I sat down as others around reluctantly got up and left, and in a few minutes, I and the reader were the only two left in the square.  He smiled at me as he packed books away in his bag.

'I wish.  Have you heard of Doregun?'

I had heard of Bernird Doregun, and so had every other boy who had spent part of their childhood outside of Ondia.  He had come to Vairin a hundred years ago, the youngest son of a farming family somewhere up in the nameless villages that made up the Sholl of Grains, and he had travelled to the coast in hopes of escaping that life and earning passage as a sailor.  However, he quickly realised that sea travel left him hopelessly seasick, meaning that a life on the waves was not for him.  Crestfallen and faced with a humiliating return to his homeland, Doregun instead tried to make his way as a musician.  In that regard too he was terribly unlucky, and at the point that he first began to attract attention, his threadbugle was stolen.

With no money to replace his instrument, he was forced to fall back upon the spoken word as a means of entertainment.  Here, finally, he struck gold.  He told bawdy tales of maidens and knights in the taverns in the evenings which were always well-received, but it was writing for children that was his calling.  His stories combined thaumaturgy, miraculous events and a string of heroes who resisted the will of the divine.  In time, he became an international sensation and readings of his stories packed out market squares across the land.

Given that the Gods were frequently characters in his stories, Doregun's work had never achieved the acclaim in Ondia that it received elsewhere, but the fact that it had not been banned outright was a reflection of its power and influence.  Some things transcended rules.

The man in the statue was short and stood with a stoop.  He wore a baggy cap and other clothes that seemed to be two sizes too big for him.  Over one shoulder, he carried a bag that stretched down to his knees, giving him the appearance of a child carrying a man's possessions.

'I know what you're thinking,' the man said, finishing his packing and lifting his own bag up.  'But not all things are as they seem.'

'Surely,' I replied.  In my head, I was thinking: this one is definitely Ministry.