People of Norfolk, Your Services Need You 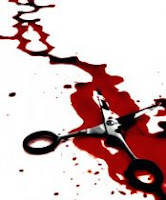 People of Norfolk, your services need you! Only by turning up and showing your opposition to the cuts in large numbers is there any chance to prevent Norfolk County Council from agreeing a system of cuts that will decimate and devastate your local community, putting the livelihoods of residents and the wellbeing of vulnerable people at risk.

NORFOLK COALITION AGAINST THE CUTS

Norfolk County Council will meet on Monday - 14 February - to consider a Conservative group budget proposal to slash millions of pounds of services - part of a plan to cut £155 millions of Norfolk services.

The meeting has been dubbed the 'Valentine's Day Massacre of Services' by anti-cuts campaigners, who will mount a protest outside County Hall at 08.45 - shortly before the council meeting.

Protesters will lobby councillors to reject the proposed cuts and instead join a campaign for alternative government action to tackle the national deficit, such as ending corporate tax evasion and avoidance which costs the treasury billions of pounds each year.

Norfolk Coalition Against the Cuts is urging all Norfolk citizens to contact their County Councillors this week, voicing opposition to service cuts, and to come along to the 'Stop the Valentine Day Massacre of Services' protest on Monday.

Campaigners will display 'bloodstained' signs of the services affected by the proposed cuts, which include:

* Closure of youth centres and an end to confidential advice and support for young people - perhaps the most severe cut in youth services in the country.

* Funding for services designed to keep children in a safe family environment is being axed or reduced, increasing the risk that children will be taken into care.

* Foster and adoption services are being cut - even though keeping children in institutions is the least preferable and most expensive option.

* Cuts to travel subsidy for students, which will force some to cease studying.

* Ending of subsidy for community meals for the elderly.

* Sensory support services to be cut by nearly £1/2 million.

* £1/2 million cut from services to support those with mental health difficulties to live independently.

* 1000 county council workers will lose their job, squandering the skills and years of experience and dedication. This will create downward pressures on wages in the private sector, suppressing demand, hitting retailers and small businesses.

'If Conservative plans go ahead, next Monday will be infamously remembered as Norfolk's own Valentine's Day Massacre of Services, when many vulnerable people including a generation of young Norfolk people were abandoned.

'We must not let politicians acting like gangsters tear the heart out of our community. I urge everyone to contact their county councillor this week and to join our protest at 8.45 on Monday morning.'

The Norfolk protest is one of many similar protests around England including a 'Stop the Valentine's Day Massacre' outside Downing Street on Monday.

Nationally, plans are developing for a massive 'March for the Alternatives' against the cuts and privatisation, in London on Saturday March 26th. More than ten coaches are already booked to take people from Norfolk and others are expected to be needed. Information is on the Norfolk Coalition Against the Cuts website www.norfolkcoalitionagainstcuts.org.
Posted by Kris Holt at 18:37