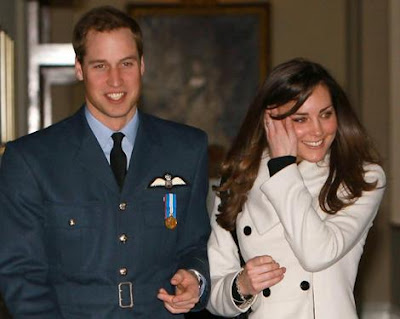 So I've kept quiet about it this long, not least because I reached the point where I was sick of hearing about it. For the most part, I don't read papers or watch TV, and a lot of the time I go out of the my way to avoid talking to other people, but try as I might, I couldn't avoid hearing about the Royal Wedding.

If it wasn't internet articles telling me about the expected audience of 2 billion people or grandiose pieces written by foreign journalists claiming that 'everyone' in Britain is looking forward to it, it was scathing socialist rhetoric about £48 million of wasted public money or the normally excellent Johann Hari conjuring an unconvincing piece about how royalists should frankly be a little bit ashamed of themselves.

Hari makes the point in his article that most of the people in Britain are ambivalent towards the Royal Wedding but regrettably a straw poll of the people I know shows, as ever, that in fact everyone seems to have an opinion. Some think it's a beautiful example of pageantry and will be going down to Westminster Abbey to wave a Union Jack and shed a tear with Her Maj. The ultra-left of my social circle will be holding anti-wedding parties where the curtains are drawn, the TV is unplugged and anti-establishment music is played. Moderates may lament the silence in the streets but they'll happily take the day off work and comment on Kate's dress.

Me? I really don't mind. If Kate and Wills are happy together (and let's face it, none of us really has any clue if they are or not) then I wish them all the best. Be true to each other, I'd say, and let the media machine that supports the monarchy go to hell.

My theory is that Royal Weddings represent a microcosm of that desire for happiness we see in ourselves. There are those who are curious about the inherent possibility, those who reject it beforehand for reasons best known to themselves, those who fall upon it and embrace it like it might be the last chance. Then there are those who stand to one side and observe it, and despite the best will in the world, write about it regardless of how many times they told themselves they wouldn't.
Posted by Kris Holt at 13:15