All the Iowa Caucuses

Mark Mardell wrote a wonderful article on the BBC last week in which he posed (and answered, with an admirable degree of restraint) the question of whether the prospective US Presidential Republican candidates are all crazy. The sheer fact that this is a genuine question posed by a respectable blogger on the UK's premier news site probably goes some way towards explaining the British perception of the American presidential race.

Even the names of some of the candidates - Newt Gingrich, Mitt Romney, to name but two of the colourful characters participating in the first stinging round of the US electoral process - cause a degree of consternation for UK commentators. 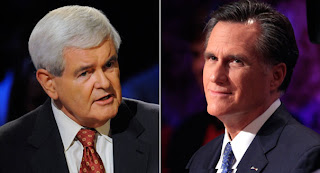 Then, after the names, come the policies. Rick Santorum wants to annul every gay marriage that has already taken place in the country. Herman Cain suggested that he wouldn't attack Iran because it has mountains. Rick Perry forgot which government departments he was committed to closing in the middle of a key speech. Michele Bachmann said that even if she became president, she would follow the command from the Bible to be submissive to her husband.

Mardell made the concession of admitting that when the question was raised about the relative sanity of the candidates, it had usually been asked of him by left-wingers, and he was quick to point out that even mainstream American politics exists several notches to the right of the relatively liberal UK.

Tonight, Republicans will gather at more than 1,700 precinct locations in Iowa. Each caucus, or electoral meeting, starts with the election of a caucus chairman and caucus secretary. The caucus leadership conducts a presidential preference vote, usually a via a secret ballot. It is worth noting that the caucus ballots are simply straw polls, with candidates subsequently picked at county and district conventions later in the year. Nevertheless, despite their nonbinding nature, the caucuses receive huge media attention and give prospective candidates the chance to display their electoral credentials.

Of course, both major American political parties hold caucuses. However, with Presidential incumbent and Democrat representative Barack Obama likely to stand unopposed, the focus of the world's attention will be on the far-right representatives of the Republican party. These are America's uber-Conservatives, wealthy plutocrats and billionaire businessmen. The world in which they live is a million miles from that inhabited by most of us, but now as the voting starts in Iowa, they will be the absolute centre of attention. 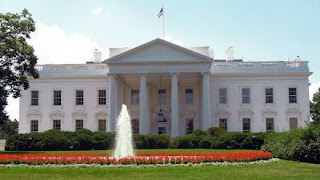 Within a few short hours, the candidates will know whether they are likely to get an opportunity to rattle sabres and draw first blood in the lengthy campaign that each of them hopes will end in glory in Washington in November 2012.

However, before they can get there, there are the little matters of a sceptical electorate, worldwide and domestic economic crises in dire need of resolution, not to mention having to compete against one of the slickest campaigning machines that has ever graced a political stage. In the presidential election, the chosen Republican candidate will have to move away from party in-fighting over issues like gay rights, abortion and immigration and focus on jobs and the American economy if they are to have any hope of defeating Obama in the Autumn.
Posted by Kris Holt at 21:43