Nationalisation May Be Cheaper Than It Seems

Sometimes, when you live in a western country with a privatise-at-all-costs philosophy, it's easy to forget that things used to be very different. Utility companies and transport facilities, such as airports and railways, were owned by the state, rather than by unfeeling multinational conglomerates who see it as their capitalist duty to rob you blind while still offering a lousy service (the jury is out on whether nationalised services were any better, but at least back then there was a person on the other end of a telephone complaints line who had no choice but to listen to you moan.)

Modern political thinking suggests that private hands are the most efficient way to run services, when my own experience of private firms running local government services is that they are no more efficient and are often more costly and more prone to failure. 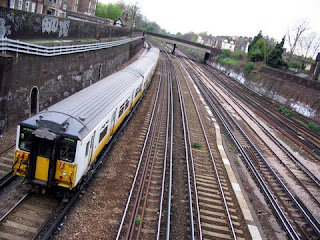 So should nationalisation of assets become part of the national debate once again? Goodness, even to use the n-word is to hark back to the 1970s and the times when it seemed the sun never shined (though of course, black and white TV is at least partly to blame for that perception.)

Seriously though. Should it? Only if the International Chamber of Commerce (ICC) have anything to say about it, it could be cheaper than it seems to do so.

In Venezuela, the ruling party has instigated a sweeping pattern of political reforms and nationalised massive swathes of the country's vast oil industry. Of course, such nationalisations do not come without a price, but the compensation awarded to international oil firm Exxon is a mere $908 million - to give that figure a context, it is less than 10% of the figure that Exxon asked for, and less than 0.1% of the amount that the British government paid to bail out banks four years ago. So in light of this ICC decision, what is to stop us from looking at our own infrastructure and nationalising some of it on the cheap?

Now, before I am viciously assaulted by swathes of Tory trolls for daring to question their ideology, I am aware that such moves in Britain would not be as clear cut as this example. I am also aware that not every dispute would necessarily be due for referral to the ICC. But where there is a will, there is a way. If you play the stock markets wisely, you buy when assets are cheap and sell when the price goes up. Why not nationalise when the effective value of the compensation you would have to pay is low, and then sell again when it is high? Or have I just out-capitalised the capitalists?

Would such nationalisations reduce the amount of private investment in Britain at the time that I have been calling for it most? Well, theoretically that could be a possible outcome. But there is plenty of observational evidence suggesting that modern companies are greedy, dumb, and will descend on any untapped market as soon as an opportunity presents itself. We can therefore reasonably assume that as soon as the economy starts to pick up (which according to George Osborne could now be as late as 2016/17) someone will be there, ready to pay good money for access to British markets.

The prevailing political agenda is to reduce the size of government but the nationalising of infrastructure assets will clearly do the opposite of this. The wisdom of this move clearly depends on how much you believe in the Tory philosophy that states that private companies will move in to offer jobs and create growth when the public sector is deliberately shrunk - but in this respect, David Cameron has talked himself somewhat into a corner. He needs the British electorate to feel fear or otherwise they will not understand the need for austerity. But until there is enough confidence to overcome that fear, neither businesses or individuals will start spending again. 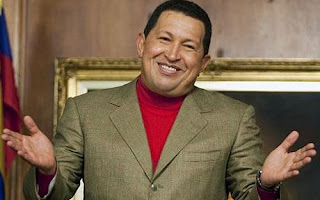 Left-wing Venezuelan leader Hugo Chavez is a staunch opponent of capitalism and neoliberalism (which essentially means a relaxed economic state in which financial institutions are self-regulating - and look at how well that's worked recently.) He has been leader of the country since 1999 and has instigated political reforms that mean that in theory, he could remain leader, subject to periodic democratic vote, for the remainder of his life.

Chavez is a controversial figure even by the standards of the socialist haven that contemporary South America has become. He is intensely popular with his own people and admired in parts of the world for consistently opposing US foreign policy, but in March 2011 the international organisation Human Rights Watch criticised his administration, saying that it had 'effectively neutralised the independence of Venezuela's judiciary' and 'systematically undermined freedom of expression and the ability of human rights groups to promote basic rights.'

Chavez endeared himself to English audiences by demanding in 2010 that England hand the Falkland Islands back to Argentina. John Otis in 'The World' also accused Chavez of supporting Muammar Gadaffi and Bashar al-Assad following the Arab Spring - though we should perhaps be careful to temper our criticism of him for supporting these regimes, given our history of selling them weapons.
Posted by Kris Holt at 12:02