Why Churches Should Celebrate Gay Marriage

In the Sunday Telegraph this morning, Cardinal Keith O'Brien, the most senior member of the Roman Catholic Church in Britain, has criticised the government's stance on gay marriage.

There are some who would argue that given its history of defending clergy who were accused of child abuse, the Roman Catholic Church has lost the rights to the moral high ground on pretty much any issue of significance. Regardless of your position on the Roman Catholic Church, they still have millions of followers worldwide, and are keenly resisting what they see as government-sactioned efforts to marginalise worship in the UK. David Cameron has made clear that he supports gay marriage as he believes commitment in all its forms is in the interests of society. It is a demonstrably progressive position, and one that means conflict with the church is inevitable.

O'Brien's article makes a clear distinction between the arrangement that already exists for homosexual partners to have civil partnerships and hold equivalent legal rights to married couples of different genders, and marriage, which he points out is legally defined by the Universal Declaration of Human Rights as being between a man and a woman.

The article follows on from comments by other high-profile clergymen, such as those by Anglican Archbishop of York, John Sentamu, who insisted governments did not have the moral authority to redefine marriage. This is an interesting point, and one that I'll come back to.

Cardinal O'Brien worries about the rights of teachers to teach what they believe - specifically suggesting that freedom of speech has more to do with the political orthodoxy of the day than genuine freedom. He also reminds us that the tradition of marriage predates governments and states, raising the question of whether marriage belongs to governments or churches. It is an interesting question but I would argue that the concepts of teaching and marriage fall into the same category as common law, a concept that brought civilised society into existence. All are defined by the representative governments of their ages to meet the purposes of society at those times. However, I would argue that the rights of minorities to receive equal treatment fall within the realm of natural law, which has heavily influenced common law in both the UK and US. The purpose of this should be to define the overriding principles that protect the interests of those who would otherwise be prejudiced against.

O'Brien argues that gay marriage forcibly denies a child a mother or a father, but he completely overlooks that a gay couple can offer two positive role models that circumvent the traditional gender roles that society still defines. Research suggests that a child with two parents is less likely to misbehave than their peers from single-parent families, but there has been limited research on whether having two gay parents has an impact. 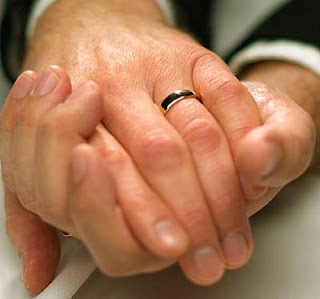 When he refers to the idea of gay marriage as 'madness' and mentions the 'tyranny of tolerance', O'Brien weakens his argument. I see nothing wrong with primary school children seeing books that suggest two people of the same sex can be in love in just the same way as two of different genders. He refers to marriage as a stabilising influence but misses that it is the strength of the bond that creates the stable environment, rather than who it is between. By narrowly defining who may feel love in ways in which he deems acceptable, he implies that those who already feel love outside of his definition should be excluded. This does not help to build a coherent society.

It makes me sad to think that there are those who see the advent of gay marriage as somehow weakening an age-old tradition. As far as I can see, extending the definition of marriage will help to make society more inclusive, which can only help all of us at a time when we need to pull together. Surely in a time when the number of marriages has been falling and the number of divorces has been rising, when inequality is growing and demand on services increasing, the church should be welcoming a growing cultural subset of people who wish to participate in bringing love and companionship to the world?
Posted by Kris Holt at 10:14