Write What You Know

'Write what you know,' the wise ones say.

Of course, it's easy to say that when you know a lot of things.  I'm sure that if you're Noam Chomsky, or Brian Cox, or indeed anyone with a dog-eared passport and enough life experience to fill two autobiographies, that this is all good sage advice that's well worth following. 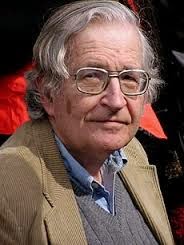 Noam Chomsky - Not writing a Jamaican cookbook near you.

But what about if you're a white, 30-something male doing a reasonable job in an unremarkable city close to where you grew up?  What if you're a young woman working in PR in London with an optimistic nature and a disastrous love life?  What about, in short, if you are the kind of person for whom the phrase 'Check your privilege' was coined?  Sure, you know things, but those are things that everyone else already knows - things that have been written about a million times before.

But as we've already said, none of this is new.  So maybe there's a context, a zeitgeist, against which it can be painted a different way.  In my lifetime, apartheid came to an end in South Africa.  The Berlin Wall was pulled down, and the Iron Curtain came with it.  Planes flew into the World Trade Centre.  Capitalism has been dragged to its knees, and China is rising again. 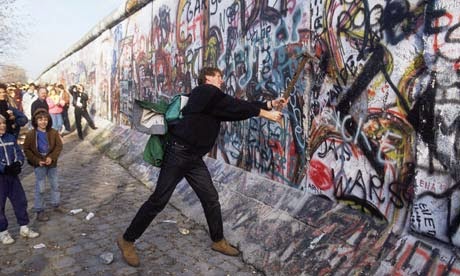 What of the societies in which we live?  Do we still believe in social contracts?  Do we still want to give and take, or are we now reverting to naked self-interest and self-sufficiency?  Are our laws working in our interests?  Are we beholden to the internet?  Should we fear corporations?  What of Peak Oil, and Malthusian Catastrophe?  Can we afford to tackle a looming environmental crisis?  Can we afford not to?

Context gives us ideas, acts as a playground for our imagination.  With context continually changing, what remains the same?  People, and stories.  We human beings are all still adrift in a miasma, trying to make sense of our fragile, fleeting existence.  One of the most successful and well-known books of recent years, David Mitchell's 'Cloud Atlas', is based on the premise that human struggles and experiences are universal, and they link us all together in a single narrative.  Successful writing and memorable characters tap into that narrative.

What we can say with certainty is that the world grows smaller each day.  Largely thanks to the internet, research is easier than it has ever been, and while we should be choosy about our sources, we can take advantage of the fact that we are interconnected in ways we have never been before.  This is a golden age for writers and researchers - an information age.

Perhaps unsurprisingly, in recent times there has been something of a backlash against anyone suggesting that you should write what you know.  There are those who feel that this approach is somehow limiting, and that it discourages a curious writer from asking, 'what if?'  The truth is that we are all experts on ourselves, and perhaps a more appropriate response is acknowledging that we all know more than we think.
Posted by Kris Holt at 16:07