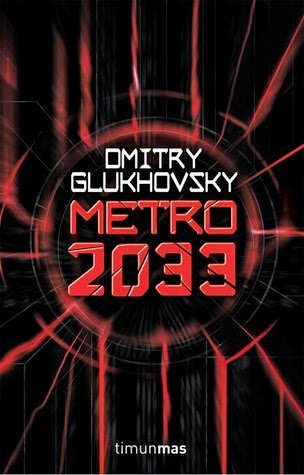 It is hard to know where to begin reviewing a novel like Metro 2033, as it is stylistically asymmetrical from anything that I have previously read, while at the same time being a novel of outstanding ambition and scale that nonetheless does not quite manage to reach the heights that it sets itself.

The novel follows the story of Artyom, an unremarkable young man who is one of a clutch of just a few thousand survivors of the human race.  Born after a cataclysmic event that has rendered the surface world uninhabitable for humans, he, his step-father and his friends make their home in VDNKh, the northernmost occupied station in the Moscow Metro.

Warned by a wanderer of a terrible looming danger, Artyom accepts the task of travelling deep into the metro to the legendary city of Polis to warn the residents and ask for assistance.  On the way, he encounters all manner of ghoulish horrors, political refugees and larger-than-life characters.


Dystopian fiction has become rather passe of late, with the last couple of years seeing a huge influx of self-published works set in worlds gone wrong.  However, I have never before encountered a world as genuinely confusing and terrifying as Glukhovsky's metro.  He immediately sets out a sense of foreboding and threat.  'The metro consisted of numerous passages and corridors, spreading into the depths of a gigantic cobweb.'  When describing a tunnel in the new, nightmarish low-light world, he manages to make the world itself seem like something alive.  'As porous as a sponge, it greedily swallowed the rays of their flashlight, which was hardly sufficient to illuminate even a foot ahead.'  The action takes place across a version of the real Metro network, and my paper copy of the book has a much-needed map that is very helpful to reference.  E-book readers may be resigned to visualising the network instead.

For those like myself who have never known the joys of Moscow's staggeringly-beautiful real-life system, the fall from grace is captured perfectly.  As well as the threat of natural disasters like floods and cave-ins, the metro is inhabited with all manner of mutants, psychic assaults and other unholy ways to die.  And die people do.  'He stopped and turned his head to the left so sharply that Artyom could hear how his vertebrae cracked.  "I've died.  There is no more me." And, straight as a cross-tie, he fell face down.' 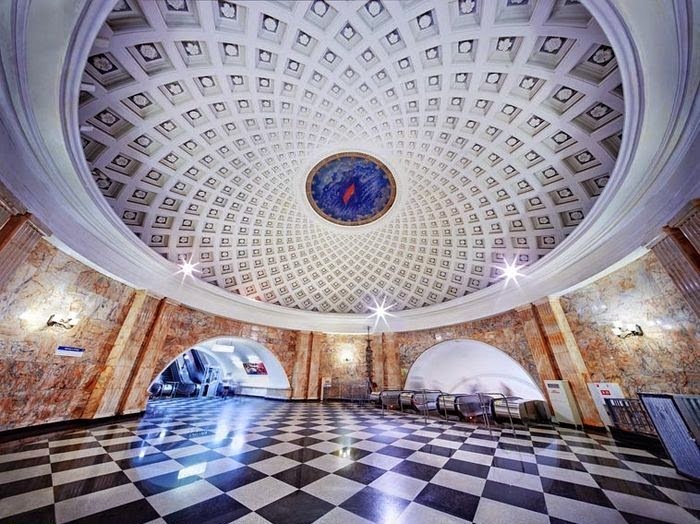 Glukhovsky cleverly avoids the preferred dystopian device of one-government control.  Instead, his Metro has a chaotic tribal system based around beliefs in which communists battle fascists, religious groups fight with savages and the Kremlin is both possessed by demons and used as a repository for biological weapons.  The single underlying currency that unites everyone is bullets, but even they are no protection if you cannot guard your mind.

So massive is the scope of this tale that it is hardly surprising that there are loose ends and unresolved dilemmas.  I'm hopeful that some of these may end up being resolved in the follow-up, 'Metro 2034' but there are so many abandoned threads and so much background information that it is sometimes difficult to see what as a reader you are supposed to be following.  Characters appear, are built up and then discarded in so many short paragraphs.  The feeling is akin to browsing through an otherworldly junk shop containing memorabilia from Alice in Wonderland, the Communist Manifesto and the story of the Tower of Babel, but with nothing quite taking your fancy enough for you to want to take home with you.

The other element of the story that suffers as a result of the scope is the rhythm, which is horribly disjointed in places and goes from fast-moving to snail-crawling and back again without warning.  It is worth noting that the book was serialised for free on the internet prior to release as a novel, so this may go some way towards explaining the ebb and flow of the narrative. 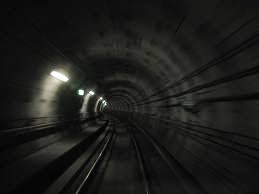 A little side note about characters is worthy too.  Artyom is a simple everyman with limited ability to defend himself from the psychic assaults that crush other people.  His character is largely unexamined until close to the end of the book when his survival against the odds up to that point lends him the feeling that he is invulnerable.  Other characters, such as the irrepressible Khan, are woefully underused.  There are no prominent female characters at all.  While I recognise that Russia currently (and in the context of the future world presented here) may be a patriarchal society, it is good to note that this oversight is rectified in 'Metro 2034'.

If you can get past the frustrating gear-changes that threaten to derail the narrative, there is a lot to experience and enjoy in Metro 2033.  It goes without saying that this book will not be for everyone, but fans of horror, politics, science-fiction and dark humour will all find something here.  Even if this doesn't look like the sort of book you would expect to enjoy, I would urge that you try it anyhow.  The Metro is just too captivating...
Posted by Kris Holt at 14:08