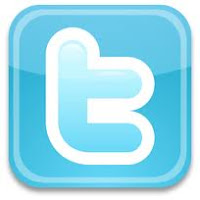 The response to my last blog post was heartening, even if neither of the people who commented on it on my Facebook page read any more than the two line summary. I also added myself to Twitter (@KrisHolt1, seeing as you asked) and contacted the excellent Ari Rabin-Havt about the killings - he hasn't replied and I'm telling myself that this is because he's busy, and not at all that I'm inconsequential.

Twitter is actually trememendous fun. It's like having the mobile phone numbers of every famous person you ever wanted to speak to. Fancy telling Dr Brian Cox how much you'd love to share his universe, or point out to Frankie Boyle that actually he does look like both of the Proclaimers? Easily done. Add them, send the message, and out it goes. If you're lucky (or interesting, as some other people apparently are) then there's a chance they may reply or even add you to their own lists of followings.

I've limited myself to fourteen people (including Norfolk's own Stephen Fry, comedian Dara O'Briain, political commentator David Frum and gorgeous-but-uber-brainy poker-player-and-presenter Victoria Coren) because otherwise there'd simply be too much to read. I've learned a few things about each of those people. Stephen Fry was disappointed at Norwich City's exit from the FA Cup. Victoria Coren exited the Pokerstars Caribbean Adventure with a pair of 7s against Ace-King. David Frum summarised my own comments from yesterday far more succintly and professionally than I ever could. It's amazing to me how the things they are talking about are a microcosm of the things that you and I do (the Caribbean aside, so far at least) and really brings home to you how real their lives are and the things that we as people all have in common.

I was going to do a piece today about the how the Arizona killings compare with attacks on MPs in Britain, but I'll save that now for next time. I have to go and tweet about how I've just done the washing up.
Posted by Kris Holt at 09:32