You know that the Tory ministers - they of the rolling Oxfordshire estates, of trust funds and the Bullingdon Club - are getting desperate about flagship policy when they resort to calling those who oppose them 'snobs'.

The JobHits website posted an ad last week that showed that Tesco are in the process of taking advantage of that same government policy, which is known as Workfare. Under the terms of the policy, people are asked to work for six weeks at Tesco or other similar employers 'to gain work experience', but without being paid or with any guarantee of a job at the end.

The irony of the situation should not be lost on the British public. Until a change of law under the coalition government, taking unpaid work experience could actually result in you losing your benefits. Employment minister Chris Grayling was quick to accuse as 'hypocritical' those same organisations who were attacking the policy, such as the Guardian newspaper and the BBC, who were themselves signing people up for unpaid work experience. 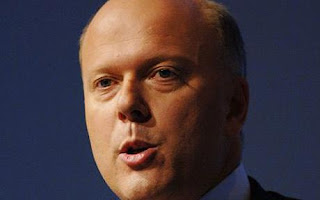 Now, there are a number of problems here.

Yes, the scheme is supposedly voluntary, but a number of people have supposedly been told that unless they participate in the government's Mandatory Work Activity programme, they will lose their right to benefits entirely.

This is hardly the supportive approach that will be required to help those who have been out of work for long periods to regain their self-confidence. Also, it must be a terrifying prospect for those disabled people who face virtually-discredited ATOS disability evaluations to think that as well as being accused of being malingerers, they might be forced from their sick beds to work for three months in a work placement without pay or left to starve.

Tesco are trying to fly below the radar of angry opposition, claiming they never would have become involved with the scheme if it had been mandatory. The question I would ask them is: why get involved at all? Tesco face flak regularly from a number of quarters; they are supposedly anti-union, their contracts ban workers from discussing their terms and conditions with others and their minimum wage contracts mean that workers regularly require state benefit top-ups just to allow them to survive.

Regardless of your feelings about them, it should be remembered that Tesco are a fabulously successful business and a UK business success story on the world stage. They are reputedly the second biggest supermarket chain in the world based on total profits earned but they cannot avoid the negative PR that comes with their position. 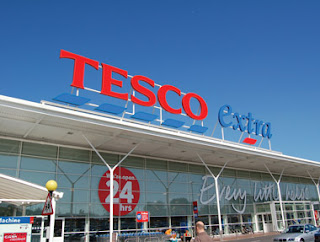 Tesco are seeing falling market share in the UK and that is affecting their profit figures, but there is no reason why they cannot afford to pay the Workfare staff an equivalent wage to their other workers. More to the point, there is no reason why they cannot pay their current staff a living wage, and seeing as their position on the matter of their low wages is uniformly 'we comply with minimum wage legislation', it is clear that this will have to be the route by which a responsible government forces their hand. Of course, to do so would see unemployment jump again, and we know that this will not be a position that our government adopts. What is clear that is the taxpayer should certainly not be subsidising a successful business by paying people benefits so Tesco gets their labour for free.

And I'm sick of making this point, but only because nothing ever moves on the issue - why oh why is the coalition government not attacking financial sector speculators with the same iron fist it reserves exclusively for the poor and downtrodden? Whey are we not pushing for the financial transaction tax that seemingly everyone else in Europe wants to put in place but us? The only reason that our government is against it can surely be that those same irresponsible millionaires who were shored up by successive failing governments now stand ready to defend the government that looks after their interests.

That same government also has to accept responsibility for the unemployment figures in the first place. The private sector has not stood up and filled the gap left by hundreds of thousands of public sector redundancies. Regardless of your feelings about the public sector, would you rather they were working for you or being paid benefits for doing nothing? Perhaps the decision to force them to do non-jobs for free in Tesco is a logical continuation of the government's chronic dislike of public sector employment. Regardless, that doesn't mean that it's a policy that makes sense.
Posted by Kris Holt at 11:52