My Travels Through Imaginary Lands, Pt 3. 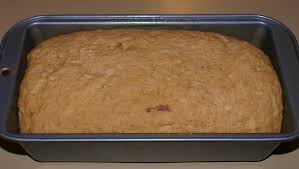 I had left the misty docklands and the sandstone steps of Hamrh behind some hours before, and the land turned into a valley only a short way outside the city.  The vegetation was sparse and brown, with gorse hinterlands stretching away into a vague, undulating horizon.  Several carts passed me by on their way to the fields, laden down with the curious thistle crop of the area, which looks fierce to the touch but releases a sweet nectar when pressed between heavy surfaces.  I found out later that it is usually added to teas, or baked in trays to produce a kind of sweet bread.

The path beneath my feet was broken and hosted many stones large enough to turn an ankle.  This was not a problem for the carts, which were of typically sturdy construction and pulled by yoka, a type of ox with winding curved horns that folded in upon themselves to produce wide protrusions above their ears.  To my eye, these agglomerations looked like massive clenched fists.  If they went ungelded, the yoka males would spend all summer butting heads cheerfully together over females.  These ones were as docile as you can imagine, and their passive grunting as they passed by could be taken for a friendly greeting - or at least, a more friendly greeting than I was going to get from the farmers atop the carts themselves.

Northwest was the goal, in virtually a straight line for some two hundred miles.  Nebra is split in two at its heart by the fearsome Kolkas mountain range.  It is said that many of the peaks touch the very skies themselves, and while I cannot confirm that with certainty, I had trekked up several of the tallest in my younger days and they present a test of skill and endurance to sate any man.  In the heart of a Kassium winter, when the temperature drops precipitously and the snow begins to fall, I am immediately transported back to those glorious days and the heady sense of my own indomitability.

While I am still a young man in so many respects (No wife! No children! Limitless exhilarating potential for society scandal!) my days of mountain climbing are, I fear, behind me.  If I headed northwest as planned, I would reach a pass between the haphazard Vaarine lakes and Camir's easternmost border, where as if burned by the people of that fine nation's pride, the mountains die away in just a few short miles.

There are several optional detours I can take from the relentless northwestern trek.  Sheleb is a region directly to the west which is largely unremarkable except for their spring festival, when the young women dress in white robes and fight one another with cudgels for the right to be named their village's sankelveld, or spice-witch.  Wede lies at the eastern base of the Kolkas and is another of those cities from my youth where I was able to indulge in all of the traditional follies that young men can imagine and still others that they cannot have hoped to comprehend in advance thereof.  Wede has perhaps seen better days, but it is the place where I first fell in love and hence it is a city that still appeals to me, even for purely nostalgic reasons.

In addition to these colourful locations, I had not forgotten Ruth, who I had met on the train to Kassium before my adventure began.  She lived far to the north, past Rhigo's ancient ring of sea fortresses, beyond a massive harvest region known as the Sholl of Grains.  I am not a man to take such a warm invitation lightly, and I had no doubt of its sincerity; still, she would be with her husband for at least a while, and to visit would take me massively out of my way.  Still, I didn't feel it would necessarily be against the spirit of my journey to double back on myself, spend a day on the coast and then catch a Y-train north.  I would see where my whims took me.

And what, you might ask, of Nebra's verdant south-western plains, where Wilders still run free?  What of Tarnet and Crab Island, home to some of the finest gemcrafters and seafood dishes in the world?  What of the gleaming Milk Sea, where one can hang their head over the side of their vessel and drink their fill?  Of course, these are places too far away for me to visit ahead of Camir; still, I have seen them all, and I can (and will) tell you stories of them at more opportune times.

As I plotted my itinerary and wrote this section in my travel diary, I was sitting in a small hut at the centre of a Rhigan village.  I have touched before on Rhigan hospitality, which is a curious mixture of warmth and formality represented by the guest huts at the heart of each of their settlements.  It had been made available to me freely with a bare minimum of fuss, and before I bedded down for the night, one of the village elders bought me some dried zur flesh and yoka dung so I could build a fire.  I was well acquainted with rural Rhigan customs, which dictated that no-one should eat alone lest they choke on their fare.  Still, this old woman had an intense, challenging stare, and she availed me of it in utter silence throughout the length of my repast.

When I was done, I nodded to her, offered mumbled thanks and she immediately took the remains of my meal away with her.  It would be the last time I saw her.

The hut was perfectly circular.  Three platforms were stacked against the walls, and I took one of those now as my bed for the night.  I had a blanket in my own pack but the villagers had offered me one as well.  It was a heavy weave and scratchy as sackcloth, but I would be glad of it if the temperature dropped.  Here, by the light of my dung fire, I pressed my lead to the velveteen pages of my diary and planned my nightly dreams.