My Travels Through Imaginary Lands, Pt 4. 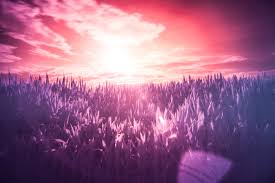 The hazy pink sun was already sinking below the horizon on the following day by the time I reached the town of Pitchek.  I was now comfortably in the Rhigan heartlands, a bronze-hued grain hub that fed millions across Nebra.  For hundreds of years, this had been a garrison town, high on a hill above miles of farmland, and when I arrived today, Rhigan troops were parading through the marketplace.  The strident sound of threadbugles could be heard from some distance away.

Such had been Ondian might over the centuries that the Rhigan military had never posed a serious existential threat.  However, the ceaseless toil in the chaff fields meant that the peasantry here tended to breed for sturdiness, and the commander of the unit on show in the sand-cobbled square accentuated his already stern appearance with a moustache that was possibly more bushy than any other I had ever seen.  From a certain angle, one could believe that a fat vole from the lowlands had attached itself to his face and was clinging there now, waiting for him to retire for dinner where it could steal scraps from his plate.

I had never seriously considered a military career myself, though I had completed the two years of military service that were still compulsory in Ondia.  I had spent the vast majority of that in a Gresian shoreline barracks in the light south-west, where even the winters were warm and the only form of excitement we had was stealing punts at the local boathouse and trying to pitch enough water into those steered by our colleagues to sink them.  Even though my time in infantry had been brief and largely dishonourable, there was still something about a well-appointed parade that impressed me.  I settled in under a low arch and rested there as I watched.

As you might expect, given the largely khaki palette of their environment, Rhigan soldiers' fatigues tended towards tan-coloured, though given the dusty conditions, there was a surprising shine to the rows of heavy boots that clumped across the square.  They were orderly and well-disciplined, a quality often ascribed to the Rhigan disdain for showiness and individual flair.  The aforementioned commander wore a quilted jacket with tiny epaulettes that one might charitably have called olive-green, though honestly it could have just been that the dust thrown up by hours of parading to and fro obscured one's vision somewhat.  The length of the display did nothing to dent the vigour of the commander or the resolve of his unit.  The crowd was sizable given the population of the town, and entirely appreciative of their conscripts' efforts.

When the display was finished and the military men had returned in the direction of their billets, the residents of Pitchek filled the space themselves and got on with their day.  I was, of course, too late for the market, but I was hopeful of seeing it tomorrow and sampling some of the hearty Rhigan fare.  In addition to the food, I was keen to see what else they would have to offer.  Clothes here would be less than glamorous, but they would easily be able to withstand the rigours of the road.  Furthermore, I was keen on sampling both the local tobacco and alcohol, both of which being yardsticks by which I measured a town and its populace. 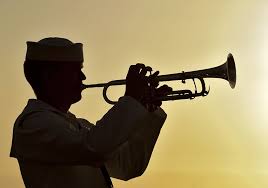 Treading the margins of the gravelly plaza, I came immediately to the attentions of some the market's wizened patriarchs, who had clearly been enjoying the hospitality of the taverna since early in the day.  They hooted at me from beneath stark whitened pates and rugose caps, gesturing to me and throwing barbless insults in an attempt to goad me into joining their party.

'Hey, Ropebeard!  Will you drink a tin, Ropebeard?  We could find you a wife here.  Or maybe we should tie you by your chin to the flagpole!'

Little did they know that I am nerveless in the face of provocation, and I gave them only my best smile and a brief wave to let them know that I was party to their scheming.

Nonetheless, refreshment was required, and it was duly procured.  Ducking inside another of the dark, low-ceilinged tavernas that seemed to make up this entire side of the square, I instructed the barman to bring me his recommendations from the menu.  I was duly served salt-tack biscuits (more of a luxury than the name suggests) and deep-fried spear peppers, which were mostly tame but occasionally recipients of a fiery heat that could shock the unwary.  They have a spirit here, a thick white concoction called danxo which is said to be one of the reasons Rhigans enjoy long life.  I ordered one and sipped at it, and noted a vague, uninspiring taste of mint.  Thankfully, the cooling edge completely disarmed any hidden savagery in the peppers.

Upon inquiring with the barkeep, I was disquieted to find that there would be no market tomorrow, as the whole weekend was a national holiday.  Furthermore, as a result of this, many boarding houses would already be filled by travellers.  I was unlikely to find any accommodation now, he said, unless I was willing to rub shoulders with the soldiers in the redlit bordellos.  The face he pulled that accompanied these words was not the greatest advert for their services.

I am not averse to roughing it when necessary; indeed, I have met many fun and colourful people in supposedly reduced circumstances, only to be reminded that circumstances tend to be what you make of them.  There was a further problem though, one that I saw no reason to share with the imperious barman, but which was an issue for me regardless.

It was this.  Barely had I left the chilly coast some three days ago, but I was already missing the sea air.  Here, mid-country, the weather was tepidly warm, despite this not being the season for such temperatures.  So much space was there across central Rhigo and so few landmarks of note that even the weather saw little need to hang around here, leaving in its stead a kind of languorous lull.  Perhaps, after all, a detour was in order.