Why I Have Concerns About Military Schools

I must admit feeling just a little bit uneasy hearing Labour's Shadow Education Secretary Stephen Twigg proposing in the Telegraph yesterday that the nation's children would benefit from a military ethos delivered by dedicated 'Service Schools'. 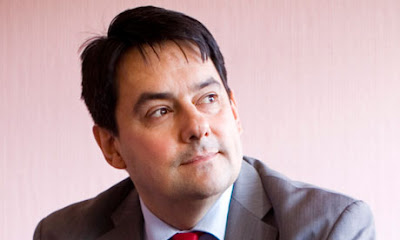 Twigg's initial point, where he claims that our military forces are central to our national character as well as our national security may be true but seems to me to be something of a moot point. Just because an institution forms part of a concept as undefinable as 'national character' isn't a justification for giving them a central role in education provision. Our NHS is at least as big a part of the British psyche as our army, but no-one is suggesting that doctors should be teaching in schools.

It can be safely assumed that only those individuals from a military background with teaching qualifications and experience would reasonably be suited to teaching youngsters, and comments from individuals on the Telegraph comments page attribute some credence to the notion that those teachers from a military background are the best at enforcing discipline in the classroom. Is the issue then simply that teachers could benefit from learning to impose that discipline? It is also a different matter imposing discipline on mouthy teenagers than on an army corps, where offending soldiers can face fatigues, loss of pay and other sanctions which are not an option in the classroom.

Twigg quotes 'responsibility, comradeship and a sense of hard work' as just some of the virtues that a military influence could have on schools. However, he never approaches the question of whether a veteran who has taken lives on a battlefield is the best example for children in a civilised society.

Twigg also makes no mention that those with a military background are more prone to aggression, depression and other mental illnesses than the general population. Of course, we would like to think that that no-one suffering from a life-impacting mental condition would find themselves teaching children. However, we must surely ask what it is about the culture of an organisation that results in a high incidence of mental illness, and whether imposing such a culture on an establishment is likely to be suitable for all children, especially given that a military-inspired culture is likely to be one where reasonable questioning of authority and challenging of accepted notions is actively discouraged. 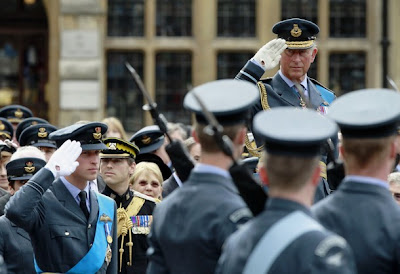 The thing that causes me the greatest concern is the further encroachment of military influence on impressionable minds. What seems initially to be a plan to make use of those servicemen that are being rejected so comprehensively by our current government cannot be allowed to lead to people developing a rose-tinted viewpoint on the role of armed forces in society. One only has to look at a nation such as Pakistan to see how a ruling military party has resulted in economic and social stagnation, Burma to see how it has led to gross human rights abuses and international isolation, or the US, where militarism has invaded civil society to the point that it has created an inflated sense of relative value amongst the population that has resulted in tragically nonsensical foreign policy.

Perhaps the nub of the argument in favour of such 'Service Schools' is that offering the option of an educational system with an emphasis on discipline and comradeship to those for whom other systems have failed can only be beneficial. Whether this is necessary in a society where other options, such as the cadet movement, already exist remains open to debate. Given that children who are let down by conventional education will live almost exclusively in the poorest areas, the imposition of military education asks civil society uncomfortable questions. After all: would those in favour of such schools send their own children there?