Some Thoughts on International Aid

At the time of year that I find myself bound for distant towns and cities to attend the biannual UNISON International Seminar, I realise that there are many things for which you can justifiably attack our government. They've run a sinking economy into the dirt, ostracised us from Europe and are still trying to introduce competition to the NHS so that they can create an insurance-based health system similar to the one in the US.

So yes, you can knock this coalition for many things, but on the matter of international aid, the coalition policy appears to remain steadfast. In fact, all three of the major political parties in the UK agree on at least one thing - namely, a firm commitment to meeting the United Nations target of 0.7% of each country's Gross National Product (GNP) being ringfenced for the purposes of international aid. 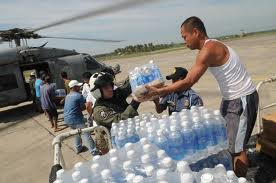 International aid, along with immigration, is one of those issues that makes policymakers twitchy. One cannot be too harsh on the subject without alienating the sections of one's electorate with personal and business connections abroad, but one also cannot be seen to be entirely in favour of aid without due cause, as this might risk losing the votes of those who don't understand why we appear to be gifting money to other nations - particularly when our own needy are growing needier by the day.

As international officers, how do we help people understand the necessity of international aid? Nationally, UNISON publishes the following advice to members. We know full well that our members in the UK are suffering greatly under the horrific mismanagement of our economy, but we also know that people join unions in a spirit of solidarity - when you need help most, all of us will stand behind you. Therefore members need to understand that while Britain is ailing from the effects of punishing and unnecessary austerity, workers in other nations are going through the same thing. It is only by building solidarity and cooperation that bypasses borders that we can hope to resist the massive neoliberal global attacks on our public services.

Let's establish a few facts. The actual amount that Britain spends annually is in the region of £8bn, or £137 per person per year. This equates to a little over 0.5% of our GNP, so if we are to meet our target, we'll have to find another few billion. It is worth mentioning that only a handful of Nordic and central European nations actually achieve the UN goal. The US, in comparison, gives a paltry 0.2% of its GNP in international aid each year.

What is aid used for? Ostensibly, the UN goal is that the money be redistributed from wealthy nations to poor ones in order to reduce poverty. That's a very noble goal, but also a very general one, and there are many better ways to use money than simply donating it to other nations. Just because we accept the notion that we should find this money and use it to alleviate suffering worldwide, there is still a debate about how that should best be done. We, as trade unionists, should be shaping the debate about how our money is spent.

We know better than most that the best use of a limited resource is to focus it in areas of great need. We know from experience that using the money within existing networks in local communities, asking them what they need and helping them to build their own organising capacity, is the most efficient model to use. To help us remember this, we use a time-honoured example: Give a man a fish, you feed him for a day. Teach him to fish, and he will feed himself for a lifetime.

Critics of international aid argue that DFID (The UK's Department For International Development) is not transparent and that giving money to foreign governments creates dependency. We must be careful, certainly, that we don't simply create duplicate networks to those already used by governments and NGOs to carry out functions that should be performed by governments. We should also be concerned at the ways in which the money reaches the beneficiaries. By routing 40% of our spend through organisations such as the World Bank and the OECD, we risk creating political conditions on the recipients of aid, and thus potentially spreading neoliberal tendancies further throughout the world. 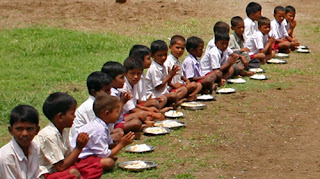 However, the concept of tied money is not a new one - and while it is ideal to meet the target without imposing conditions, we must also consider that foreign aid budgets are easier to sell politically if we can show that there are benefits to the UK too. DFID contracts are still awarded overwhelmingly to UK firms, and while not all trade unionists will agree with me, I believe that we can still improve relations with other nations, assist them in ways such as improving their infrastructure and benefit from cheap goods in return.

One of my fellow attendees here at the International Seminar suggested that we stop referring to international aid as aid. He has a very good point, and one that had previously been unmentioned by anyone else up to that point. Part of shaping the debate is controlling the language that is used (if you want evidence of this, note how the proposed forthcoming changes to council tax legislation are referred to as the 'bedroom tax' by opponents on the left, and the 'spare room subsidy' by supporters on the right) and by taking away the notion of 'aid' and replacing it with something that recognises the true role that it plays.

He suggested the Global Responsibility Allowance - a term that recognises the need to move away from seeing this money as something we own and give away, and more as a commitment to assisting the developing world with their own self-improvement, if not for its own end, at least in return for access to their markets. Whether this could be sold to the general public may be another matter - but it certainly couldn't hurt to try.