Economic recovery! What economic recovery? It's rich for George Osborne to start making boasts when people in Norfolk are facing another winter of choosing between putting food on the table or staying warm.

Five million people in Britain are out of work - the real unemployment figure - and they are having their benefits cut. Of those lucky enough to be hanging onto jobs, many are now on zero hours contracts and don't know if money will be coming in this week or next. 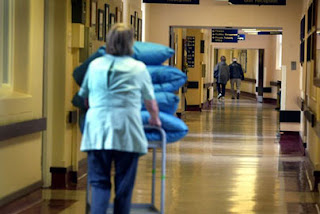 Across Norfolk and the rest of Britain, in accident and emergency departments, doctors and nurses are warning now that if staff shortages are not addressed, people will die this winter. Our NHS, which is loved and cherished and was bequeathed to us by our parents and grandparents, is today in meltdown after just 65 years.
Even fire stations are being closed down, a decision that our firefighters have warned will cost lives.
Students are leaving university with debts they can never repay and in schools, the government is privatising education and creating a new generation of haves and have-nots.
Disabled people are abused in the street egged on by government campaigns about shirkers. They are told they are fit in dubious assessments and are ordered back to work, irrespective of the consequences. The consequences are that disabled people are dying. And Ministers have the nerve to shut our Remploy factory. What sort of a society are we creating? It's breathtaking and shameful.
Meanwhile, queues at food banks are lengthening, more people are sleeping in doorways, not enough homes are being built and even spare bedrooms are being taxed while MPs sabre rattle about a war we apparently can afford, outraged about a chemicals weapons attack when it turns out this country is a chemical weapons supplier. 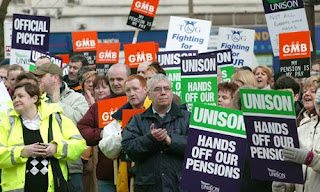 Out here in the real world, millions of people are facing years of deeper and harsher cuts to their living standards and the public services they need and rely on. This so called economic recovery is just a game of lies, damned lies and economic 'indicators' played by people who have never known what it is to struggle in their daily lives, and never will.
This week the trade unions meet to plan the defence of our hospitals, schools, and welfare services and fight these cuts. This autumn, teachers, fire fighters and post men and women will strike to save our public services. They cannot fight alone.
It is time for us to get off our knees and stand with them. If we don't, it will not be our generation that pays the price, it will be our children and our children's children. The Norfolk People's Assembly is the best chance we have of coming together to create a better future. We urge people to join us.
- David Peel, Norfolk People's Assembly
On Thursday 12 September at St Andrews Hall, Norwich, local people, campaigners and trade unionists from across the county, angry and hurt by Government policies are meeting at 7.30pm to officially launch Norfolk People's Assembly against the cuts.
For more information, see:
facebook.com/NorfolkPeoplesAssembly
facebook.com/groups/NorwichPA
NorfolkPeoplesAssembly.tumblr.com
Or email NorfolkPeoplesAssembly@mail.com
Posted by Kris Holt at 22:28 No comments: