Following on from a shameful reversal of my year-end weight loss efforts at Christmas, I've decided to make a quick list of my 2016 writing goals.  I've never been a big fan of resolutions, so these aren't so much set in stone, but I know from experience that when I set myself targets, I achieve far more than if I just laze around the place, napping and eating biscuits.

So here are the big five writing goals for the next twelve months!

a)  FINISH WRITING A DAMN NOVEL.  I honestly can't say this one loudly enough.  So many people I know have now published novels that it was actually a bit embarrassing seeing my picture in the paper next to theirs when the November Nano stories came out.  I've redrafted my novel four times now, and I'm thinking that I probably won't ever be fully, absolutely, 100% happy with it.  So for this reason, the final draft will be the last one, and then it'll be coming to a Kindle near you in 2016. 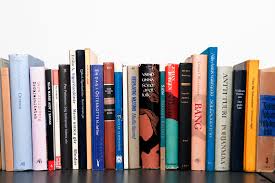 b)  Read a bit more.  I know people who claim to read 200 books a year.  While I salute their efficiency, pretty much my only time not spent working or sleeping is spent gaming and writing, so my reading time is generally at a premium.  That said, I've read some of the books I've been planning to read for a long time in 2015 ('Dune', by Frank Herbert, 'Bright Lights Big City', by Jay McInerney, 'Rivers of London', by Ben Aaronovitch) and I've already met my two favourite authors (Jeff Noon and JM Coetzee), so I'll be looking to new places for inspiration.

I'm therefore setting myself a loose target of 25 books, at least 12 of which will be sci-fi.  On my list to read so far are:

c)  Blog a bit more.  You're worth it, dear readers, and it encourages me to do more things so I have more things to talk about.

d)  More short stories!  This is a biggie for me - anthology work is fun, reliable and great for boosting a profile.  I've always been a fan of short stories, and I'd love to release an anthology of my own work.  I've written prize-winning short stories before, and I think there could be a decent market for these online (I've certainly sold a fair few copies of 'Girl, Running' on the Amazon store at a pound a pop.)

Plus, you don't win competitions without entering things, and it's a big boost to the confidence to win an independently judged contest.  It's good for all aspiring writers.

e)  Make more money from writing than I did in 2015: Thanks to my anthology work and a few short stories, the pre-tax sum total of my writing income for this year is around £200.  While that's a nice bit of extra money, with a bit of commitment, I don't doubt I could have earned much, much more.  So this year I'm going to make that commitment, take jobs that I would have previously turned down, do more editing work, teach or run workshops if anyone asks me to, and generally aim for a more professional, more fun and higher earning 2016.

I realise it's been a little while since I last posted, so I think I'll do a quick update about the last few weeks and some forthcoming things I'm involved in.

First of all, Cressy's book launch was very successful, and very well-attended.  I was involved in a Nanowrimo meet-up that night, so could only sneak in towards the end, but everyone was having a lot of fun, not least Cressy herself.  The book seems to be very popular, so I'm really pleased for her.

Nanowrimo itself was very successful, and after a couple of years where I've been doing other training, it was nice to return to writing again in November.  This year we had a fantastic group with some great  ideas and some really lovely people, and I'm hoping we can get together again in the new year for editing sessions.

I made the 50k with two days to go, having quickly abandoned the literary work I was going to produce in favour of something that was a bit more light-hearted.  I'm producing a novella set in a future America where distant nuclear events and climate change have led to desertification and a struggle for resources.  So it's basically hillbillies with lasers in the Wild West. I'm enjoying it, and hopefully when it's finished, you will too.

By coincidence, I happen to be reading 'Dune' by Frank Herbert for my reading group, and while it's nice to fill in one of the key gaps from my sci-fi education, I've found it pretty hard going.  The story is fun enough, with some nice touches, but the complete lack of a chapter structure and the POV hopping all over the place to explain each character's thought process is really grating on me.  I can't help feeling that if it was released today, it wouldn't be regarded as the classic it is.

Some of the people close to me have mooted the idea of a fifty-book reading challenge for 2016, an ideal that appeals massively to me and my poor, underworked Kindle.  I probably won't have the time for 50 novels, but I might well be able to do 25.  It remains for me to think carefully about what I'll read, and what effect it'll have upon my writing.

Finally, my first piece of work for the new year will be writing for and editing the forthcoming 'Shadows at the Door' anthology!  I'm very much looking forward to this.  The Black Shuck legend that my story focuses on is one of those that every town seems to have, but this one will have a distinctly Norfolk twist.  I'm very much looking forward to sharing it with you! 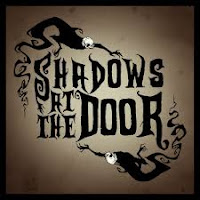 Posted by Kris Holt at 14:05 No comments: Links to this post