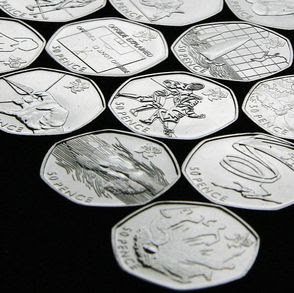 There was some predictable left-wing anger this week about the hints by Chancellor George Osborne that he plans to abolish the 50% top rate tax band for high earners. Brendan Barber, General Secretary of the Trades Union Congress, described the plans as "monstrously unfair" and Labour Shadow Chancellor Ed Balls has come out firmly against the idea.


In addition to those notable figures, senior Liberal Democrat figures including Danny Alexander and Vince Cable have received the idea with a certain degree of sulky reluctance, though prominent LibDem bloggers are firmly behind the idea and see it as an opportunity to exhibit the party's pro-entrepreneurial stance.

This may surprise a few people, but I'm not against the idea on principle. The top-band tax rate only ever brought in amounts in the region of £2bn a year - not the kind of money to be sneezed at in a crisis, admittedly, but still a drop in the ocean in the context of total tax revenues annually of £550bn in the UK.

However, there is still a reason why the planned change is a bad one - and it is not an ideological reason.

Critics of the 50% tax rate say that it quashes self-advancement and makes the UK uncompetitive internationally. There are figures that suggest that the UK is certainly becoming less attractive for international investors, though there could be a host of reasons why this is the case, such as skills shortages or an overpriced currency. The argument in favour of cancelling the 50% rate is that the extra money earned by the richest will be spent, reinvigorating the economy and promoting growth.

The flaw in this particular theory is that poor people have a greater propensity to spend their disposable income than rich ones. The old adage is that rich people plan for three generations, where poor ones plan for Saturday night - and even in these times of ridiculously low interest rates, it still holds true. Figures bear out that low-earners are less likely to save or invest in pension plans.

In short, this suggests that if you really wanted to stimulate the economy by cutting taxes, you would get more bang for your buck by doing so at the low-income end of the equation. Also, tax cuts for low earners could be particularly good news for local traders in key geographical areas. In the short-term, the UK has to do something to stimulate domestic demand, or soon there will be no high streets left to shop on. 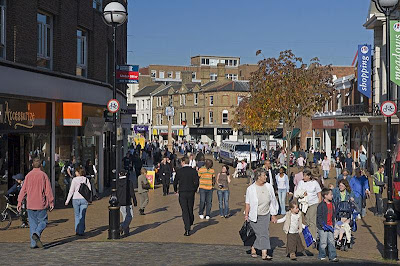 Every economic action comes with an attached opportunity cost - that is, the cost of not doing something else. You might be making a healthy 3% return on your savings, but you incur an opportunity cost by not taking advantage of a 4% offer elsewhere. Government continually incurs those opportunity costs on our behalf, in this instance doing so by cutting jobs at the low end and reducing taxes at the high end when there is evidence to suggest that spending on subsidies and infrastructure would do more to boost growth in the long run.

Ultimately, it is UK citizens that stand to suffer economic hardship and more pertinently, the poorest that experience the worst affects of social breakdown. Unemployment is at its highest level for three years and continuing to climb as the private sector fails to fill the gap left by grossly unnecessary public sector cuts that threaten to destabilise the economy further and wreak havoc on the health and social fabric of our nation.
Posted by Kris Holt at 21:47