French police are linking an attack by a gunman on a Jewish school in Toulouse earlier in the week to previous attacks on military targets in the south of the country.

The attack left a 30 year old teacher and three children under the age of nine dead. CCTV images reportedly showed a lone gunman dressed in black stepping from a scooter, pursuing one of the children through the school before cornering her and shooting her in the head, execution-style, at point-blank range.

The most recent attack, coming so quickly after the murder of two soldiers of North African origin at a cashpoint in Montauban last week, have prompted one of the largest manhunts in French history. President Nicolas Sarzoky said of the killer that 'everything, absolutely everything, will be done to track him down.' 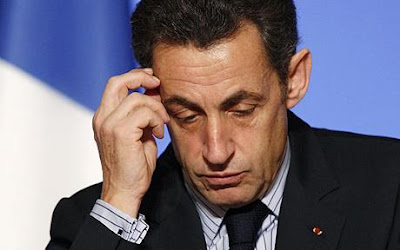 At the moment, it seems that the gunmen has the upper hand. His lethal hit-and-run tactics have now claimed seven victims, with a 17-year-old still in a critical condition in hospital. Authorities fear that it is only a matter of time until he kills again.

With the first round of the French Presidential election a little over four weeks away, the notion that the murders may be racially and politically motivated is a compelling one. With international focus very much on the recent political tensions between Israel, Iran and the US, it is not hard to imagine a hardline Islamist extremist pre-empting perceived aggression against the Islamic regime by targeting Jews and soldiers from a pro-US government.

It also adds another unwelcome strand to the election campaign itself. With Socialist candidate Francois Hollande having been very much in the ascendancy in the last few week, Nicolas Sarzoky has responded with a tough stance on immigration that he believes will secure him re-election. The idea of a foreign killer with a grudge against the state stalking the streets of Southern France might yet impact upon the consciousness of the French electorate.
Posted by Kris Holt at 21:19