A Nation Enthused, A Pussy Riot and A Violent Slaughter

As I sit here writing my first blog entry for weeks, the world's Paralympians are smiling and waving to the assembled media in London. The Paralympics is a wonderful addendum to a massively successful summer of British sport, although there is less of the glitz that was seen in the opening ceremony of the Olympics proper a few weeks ago. There's a different mood to these games, one less to do with political arguments about playing fields, sport funding and infrastructure investment than it is to do with unique individuals who have overcome tremendous struggles simply to be here at all.

Of course, the Olympics were a complete success - though no thanks to the sponsors, or to the private companies who continue to fleece the taxpayer in the name of enterprise. Team GB surpassed all expectations, nailing down gold after gold. The Tories antipathy to the modern NHS was exposed by Danny Boyle's deviously clever opening ceremony, which won over journalists worldwide with its simple, understated charm. It turns out that Britain still does a few things well - and it's cheering to think that the army, the volunteers and the athletes all played a part in something that has been central to restoring the national pride. 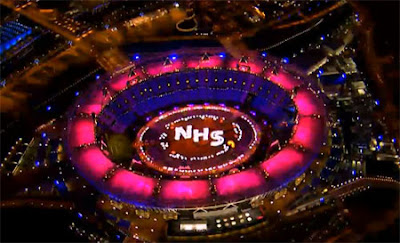 There has been other news too. In Russia, the decision to imprison anti-Putin musicians Pussy Riot has been condemned worldwide but most curiously by the US, whose administration see no hypocrisy even though they have now kept Bradley Manning, the soldier suspected of releasing information to Wikileaks, in custody for over 800 days without trial. The decision by Ecuador to offer political asylum to Julian Assange is now unavoidably tied into the rape accusations from Sweden that he will not be able to answer without risking extradition to the US. These incidents, coupled with the British establishment's response to the peaceful Occupy movement in the UK, continue to raise questions about freedom of speech and human rights advocacy in the West.

In perhaps the most appalling news of the summer, a number of South African miners have been shot dead in a pay dispute at a Lonmin mine in Marikana. The events have been condemned by unions worldwide.

The strike began on August 10, with ten deaths, including police officers and mine security staff, reported within days. On August 16, following fruitless attempts to control the crowd with tear gas, barbed wire and water canons, police hit back in a three-minute live fire barrage that constituted the deadliest force used since the end of apartheid in 1994. 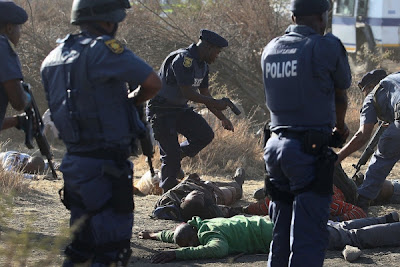 34 men died in that murderous barrage, and the police's use of deadly force is now being questioned as it has emerged that many of the miners may have been shot in the back while facing away from police. The time has come for a full public investigation into the events that transpired at the protest, and all sides to immediately move back to negotiation to resolve the dispute. If necessary, the government needs to become involved and mediate - there can be no acceptance of violence from either side to resolve a pay dispute. If it subsequently transpires that the police acted without due cause, murder charges should be brought against those responsible.

The dispute raises urgent questions about how to address inequality in the Rainbow Nation, questions that will also be asked in other countries as the economic fallout of the worldwide banking crisis continues to spread.