Some Advice for the Men of OK Cupid

Yesterday a friend of mine sent me a link to a Tumblr blog called 'Nice Guys of Ok Cupid'. I'll do you a favour and sum up the content, firstly because I don't want you to immediately switch to that blog instead of this one - it's the social media equivalent of a car crash, horrific, terrifying and compelling all in the same breath - and secondly, because I think I might have something genuinely positive to contribute to the debate. No, really. Stay with me. 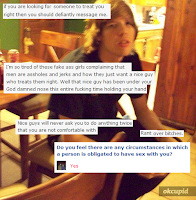 OK Cupid is a dating website in the US, and it gives people the usual opportunity to create a profile with a picture and some text. The site also offers some assistance with creating the right impression for your future beloved by giving members all sorts of loaded questions that seem to be there for the sole purpose of giving people a chance to embarrass themselves. 'Nice Guys' is the work of one woman, who finds and posts the most humiliating and excruciating male profiles by men who claim themselves to be 'nice' in one breath, while then disproving this (occasionally spectacularly) with the rest of their profile.

I'm not going to analyse the blog itself in any detail. I encourage you to read it, especially if you are a young single man who is bewildered at your lack of success with women. Think of it as a 'how-not-to' guide. But don't go yet! I have some advice for you first. It may not prove to be useful for you, but like all the best advice, it's free, and offered with a genuine intent to help you. And if you're want to know my credentials, they are that despite being a chubby, badly-dressed dumbass without two pennies to rub together, I still managed to find someone who loves me :)

This is a dating profile

First things first. Basic housekeeping will reap rewards in the long run. America is a big country, and there are a lot of single men out there. You may be fortunate and blessed with a huge trust fund, the enduring looks of Brad Pitt and Channing Tatum's abs, but the fact is that most of us are average in most respects, so while we may not immediately stand out for our qualities, we can at least minimise the things we do badly. So here's a checklist: 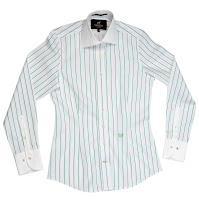 - Use a good picture of yourself. You want to look your best, so style your hair, and put on a shirt. Use the best camera you have. You want the picture to be as high-quality as possible and show you looking clean and respectable. Don't wear sunglasses - you aren't Horatio Caine. Let a girl see your eyes, and a genuine smile. If you're in doubt, ask one of those 'friendzone' female friends to take the picture for you!

- Learn to spell (or at least use a spellchecker.) Yes, I know that textspeak is the language of a new generation, but there really is no excuse for poor spelling. I'm not going to lambast you for the odd typo, but some profiles are almost unreadable. You're creating an image here that shows off your positive attributes - and that image is that you're of reasonable intelligence, and take the time to do things well when they matter.

- Have something interesting to say. This is critical, and I really get the feeling that some people sit down to prepare themselves for failure. Think about it carefully. If you wanted to sell a car, would you list it in the newspaper as 'One car for sale, nice'? If not, why would you list your main quality as 'nice' in an 'About Me' section? Give yourself something to work with, and talk about your alloy wheels and your swish decal. In short, talk about what you like, and more importantly, why you like it.

Remember that this is a shop window for your thoughts and feelings, but shouldn't be seen as an opportunity to project your feelings onto others. Contrary to popular opinion, women are not all shallow and superficial bitches and sluts. Which leads us nicely onto...

- EMPHASISE THE POSITIVE. I cannot repeat this one often enough. There is a reason why Facebook does not have, and never will have, a 'Dislike' button. No-one is expecting you to be a robot that has no negative aspects to their personality, but at least serve up some positive ones first to balance them out. Don't get onto contentious subjects like whether you are anti-abortion or whether non-Christians will burn in hell. At this stage, you have a chance to talk about the things that you are interested in and passionate about, and can share with someone else. 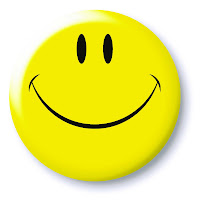 Your basic rules for things that go on your profile should be: if they are positive, likeable qualities, or they are funny and self-deprecating, they should go on. Everything else should be saved up for when your prospective beau has already gotten to know you a bit.

So if you've followed that advice, your profile should contain a picture that any girl would be proud to show to Mom, and be completely free of negative statements, but nonetheless still hint at your individual qualities. Now let's look at a few essentials for taking it to the next level.

You may not have noticed, but even in our modern, enlightened societies, women are not treated equally to men. No, don't try and argue with me because of something you saw, heard, read or experienced - accept it, because it's true. The reason that this is significant is that women are more likely to feel an empathy for other people who have also experienced prejudice, so if you make negative comments about people from other races, or people who are gay, be prepared that she might have a ton of reasons to disagree. I'm not going to attack you for the way you feel, but instead suggest that you challenge yourself. Make a friend who is black, hispanic or gay, and once you have spent enough time with them, ask yourself if they way you used to feel about that group is still reasonable.

Addendum note: some men seem to be quite open with their opinion that racist jokes are funny 'because they're jokes'. Well, I have a black friend who thinks that jokes about white men who can't get laid are funny too. The good news is, you're both wrong. Read on to my comments about RESPECT, below.

Questions about weight, leg shaving and any other aspects of physical attractiveness

If you publicly answer the question, 'If one of your potential matches was even slightly overweight, would this be a dealbreaker?' with a 'yes', I'm tempted to salute you for your honesty. However, if you are serious about finding someone special, you will help yourself by stacking the odds in your favour. Obviously, there has to be a physical attraction to facilitate the whole relationship process, but when you grow up, you'll find that people are about more than their weight, and by immediately writing off someone without getting to know them, you might well be missing out.

One question that appears to fox men regularly is: 'Do you think women have an obligation to keep their legs shaved?' Hint: the answer is NO. And the reason for this is that women don't have an obligation to do anything. If you were asked, you might politely and tentatively express a preference for women with shaved legs, which is perfectly reasonable. But if that girl you like doesn't want to shave, you can't make her.

Addendum note: No-one is obliged to have sex with you. Ever. No matter how nice you've been, or what you bought for them. If being nice and buying presents are your route into someone's affections, then I wish you the best with that. However, if it doesn't work out for you, then you can't complain that you're owed something that you aren't. Be an adult. Mark it down to experience, learn from it and move on.

As with the previous point about appearance, be careful not to offend people by stating your preferences and values. You might prefer a woman to be relatively sexually inexperienced, but suggesting there is a set number beyond which a woman has had 'too many' partners will not win you friends, much less love.

On a personal note, if you find someone who entertains you, interests you, is physically attracted to you and could love you, what does it really matter who she's been with previously? How much can you really expect from someone else before what you asking becomes unreasonable?

RESPECT WOMEN - For this, you could substitute women for 'other people' for much the same effect. A breakdown in mutual respect is one of those factors that makes the world seem a harsher place than it used to be. But it doesn't have to be that way. We are all trying to fit so much into our short time here that we forget to observe the little kindnesses that make for a better day for all concerned. So stop using terms like 'bitches' and 'sluts'. You're never going to use them in a positive context, so why use them at all? Even if someone legitimately mistreats you, you will be happier if you just shrug your shoulders and walk away. 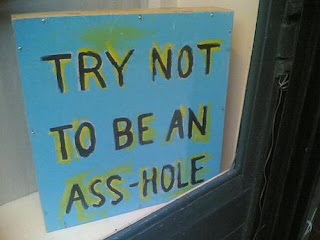 But so many of these profiles express hatred and bitterness towards women that there needs to be some specific advice relating to this. Part of being a man means accepting that women have certain corridors of power that you can't access. You can beg and coerce and manipulate all you want, but a girl who doesn't want to sleep with you isn't going to sleep with you. Rape is a deplorable crime that is all about seizing the power that an individual feels they are being denied. When it comes to sex, women have the power. As a man, you will live a happier life if you accept this.

Ditch the notion of the friendzone. It's unhelpful and fails to acknowledge that friendships are good, regardless of who they're with. Doing this will help you appreciate people for who they are, not what they can do for you. If you were only being nice to the girl in the hope that she'll sleep with you, you weren't really being nice. Accept this.

RESPECT YOURSELF - If I could give you one piece of advice that will make you more successful in every aspect of your life, this would be it. I'm not talking about the 'self-confidence' spouted by self-help books that sees people talking to themselves in mirrors, but just having a genuine sense of who you are and the space that you occupy. Ditch the 'nice guy' persona, and become a respectful guy instead. Listen when people talk. Be kind without needing a reason why. I'm not saying that you shouldn't defend the things you love or that you should let other people take liberties with you, but you should be willing to compromise where necessary.

If you think that women are bitches because they lead you on, just don't let them! If you don't want to spend your weekends listening to women complain about their boyfriends, no-one is making you listen. Stop thinking of yourself as a victim and get a hobby. It will make you seem more interesting, and give you something else to do and to talk about. Have your own life, and live it without worrying about why you don't have a girlfriend.