On Worldbuilding - Guest Post by Lesley Smith, author of 'The Changing of the Sun'

In my previous post, some of you may recall me making reference to my friend and fellow author Lesley Smith, who publishes her debut novel, 'The Changing of the Sun' on 7 October 2014.  I'm thrilled to announce that Lesley has agreed to give away a paperback copy of her novel to one lucky reader of this blog, so if you'd like a copy, please send a message containing your email address to my Facebook page or my Twitter (a DM is fine in this instance) by the end of September.  One entry will be drawn at random from those received and the winner will be notified shortly after.

My inner architect loves world building, it’s an ordered, logical process which pays off if you do it well.  If the foundations are strong, are balanced, it pays off later on.

The starting point for my whole trilogy was a solar storm.  Here on Earth we’ve had a few over the last couple of years and we know what they are and the damage they can do.  But how would an alien planet with a technologically-inferior society survive?  How would they even know what was coming … what if someone remembered seeing the event during a future time? What if someone the locals might think of as a deity decided to walk in a mortal skin to lend a hand?

I did my degree in theology and religious studies, with a year doing Classics as well.  I learned about other people’s faith even as I was finding my own and, I think, had my gender been different or I was born somewhere else, I would have become a child of the cloisters or a priest.  I went to Japan and was bowled away by the beauty of Shinto but also by the balancing of religions within their society, there’s a saying which says you’re Shinto when you’re born, Christian when you marry and Buddhist at death.  I’ve always liked that idea that you can be whatever you want to be without needing to hedge your bets or support one faith or another, each has its place within society and life.

My roots of Kashinai culture came from Japan: I visited temples in Kyoto, Shinto jinja in Sendai and Tokyo, a church in Takatsuki and the holy city of Tenri, founding place of a New Religious Movement called Tenrikyo. 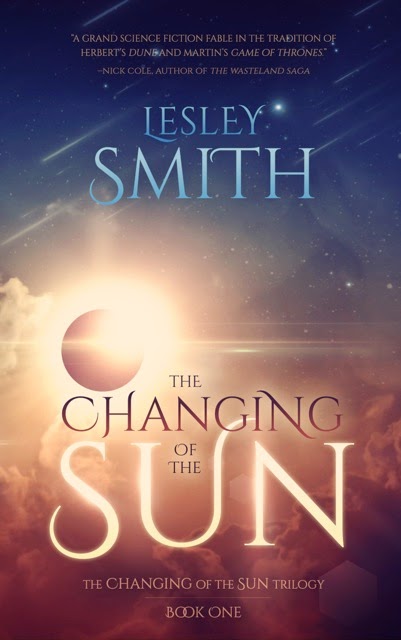 My first sight of the real Japan actually was on the bus from Narita. It was a simple torii gate and the melting pot of religions left an indelible mark on my soul: I went further into Kamigamo Shrine than even the Emperor of Japan, I listened to the yamatonokotoba, the ancient ritual words, walked in the womb of the earth under Kiyomizudera and, after a spontaneous invitation by a kindly young priest, watched a small child being named and presented to the tutelary kami.

Religion, faith and ritual, they will always find their way into my fiction.

So why did I make my seers, and my main protagonist, blind?  There are lots of blind seers in Classical mythology, characters like Tiresias or Odin, who lose their vision (either partially or completely) but gain supernatural knowledge.  It’s a trade off, in some ways, and while in Japan I discovered native shamanesses called itako (巫子): young women, usually blind, who could speak with spirits, who could act as barriers between the world we live in and the ones beyond.  They learned scriptures by rote, they led aestic lives and had positions of respect in their communities.  Now, the vestiges are left by miko, who still do sacred dances, the last shadows of their original roles as powerful religious leaders.

When I started writing Changing, I knew I wanted to make this idea of blind female seers, the Oracles of Aia, an important part of the story.  I knew the basics of the mythology and, while it’s briefly mentioned in Changing and the prequel, once upon an age before there were dozens of oracles, living amongst their own communities and guiding them independently.

By the time of the novel, however, the Aian Order has become strictly institutionalised.  Validity means being tested, meant living with others in a tower away from those who they served, appearing only on the holy days at new year when the sisterhood would walk a prescribed route through the city.  The last oracle to refuse to come to the capital, to the city of the Disembodied Goddess, met an unpleasant fate because the current High Oracle can’t face the idea that, one day, she must pass the mantle on.

Changing is about stepping up when you want to run away, about speaking when everyone wants you to be silent.  The role of an oracle is never an easy path, there will always be people who either want to doubt or can’t face the truth, but if enough people work together and have faith, then they might just be able to save themselves from extinction.  The Kashinai made a leap of faith, most of them anyway, and it’s going to ripple down through their history and the second and third books in the trilogy.
Posted by Kris Holt at 13:41