My Travels Through Imaginary Lands, Pt.6

Upon arrival in Vairin, I realised quickly that the send-off Taly had planned for her father was not going to be a slow or sombre affair.  Furthermore, by the time she finished her third shot of danxo before we had spent half an hour in the small dockside bar, I realised that if I tried to match her tin for tin, she was going to drink me under the table.

At this point, I should perhaps apologise, dear reader, for assuming that you are Ondian, or otherwise familiar with our death customs.  Unlike the countries on the mainland (and as every true-hearted Ondian patriot would remind you, the narrow strip of land that chains us to the continent does not make us part of the mainland, any more than falling off a cliff means that you can fly), we have no links to gods or afterlife.  None whatsoever.  We are not secular, but rather actively atheist.  It surely seems obvious that your primary goal in life should be success and self-improvement within your allotted timescale.  In accordance with those nihilist principles, the Ministry rejects all applications to build places of worship.  You are here, it says, you are now.  Every day you get closer to the abyss, so do your best before you go.

Also, given that we are the most densely populated country in all of Nebra, we cannot simply allot land for burial purposes.  Not for us, the brutish Rzermis funeral pyre, or the simple Rhigan burial somewhere beneath the countless miles of dust.  No, we chose a process that was sophisticated, elegant, and in keeping with our place as world-leading innovators.

Okay, perhaps it's the danxo.  Perhaps.

So anyway, actually, we stole it.  But don't tell the people back home.

Once, a long, long time ago, before Ondia ruled half of Nebra, before the nation of Camir rose from the flaming ruins of Yzyrobia, before Gresia and Merin split into separate fiefdoms, the southern end of the Kolkas was part of a wider territory called Selii.  The mountains in those days contained a number of active volcanoes, and on one particularly portentous day, a superheated cloud of ash descended onto a village at the base of the mountains, instantly smothering all the residents.

The remains of those individuals was subjected to intense vibration under certain thaumic conditions that flushed out any remaining liquids and caused them to break down into powder.  The residents of the area knew of glass already, from the frequent lightning strikes on the sandy beaches.  All that remained was to move the dust to containers sculpted from the lightning glass.  They were placed on display and honoured.

That might have been the end of it, except that the first Ondian emperor chose a place in lightning glass in the same manner after his death.  The Empire collapsed, but the ideas at the heart of it fled back to our tiny southwestern peninsula.  Our own active volcano was used for centuries, and glass procured from the continent at great expense.  Now we can reproduce many of the conditions scientifically, with freeze-drying via chemically-induced cold being a popular choice instead.

I stared at the pale blue cube as it sat forlornly on the table.  One day, I too would be placed inside one, and my remains transported back to my homeland, where I would be bricked into a wall, a ceiling or a floor in some important civic building; both a stepping stone and a curio for a future generation.  Not for the first time, I wondered who would carry me home when my time came.

'Are you going to stare at him all night?' Taly asked.

'No,' I said, immediately proving myself a liar by being unable to look away.  She rolled those beautiful violet eyes in an easy manner and placed my cloth bag between it and me.

Taly crossed her feet over the table.  Away, behind her, a group of sailors were singing songs at the bar.  'I get the feeling that he wouldn't have cared much to be remembered as a glass brick in a wall back home.  He was a problem solver, a brilliant mind.  Plus, he was my father.'

'I expect he shared much wisdom with you.'

'Honestly, I think his opinion was that people should find their own way and make their own mistakes getting there.  It amused him no end when I followed him into cultural anthropology.'

'Really, if we're to celebrate him in style, we should send out for cruorweed tobacco,' I said.

She regarded me carefully.  'I didn't have you pegged as a smoker.' 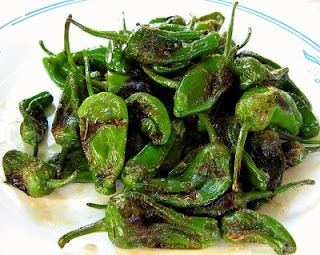 'I'm not really, but it would be fitting.  Food is here.'  The last comment was accompanied with a nod past her shoulder, where the waiter was carrying a steaming plate of the ubiquitous spear peppers.  He laid it before us, placed two more glasses of danxo next to it, bowed and left.

A shanty kicked off at the bar, and one or two in beards and bandannas tried to dance.  It wasn't the most elegant show.  Taly seemed less amused by their antics than I.


'Ladies first,' I said, settling back.  The chairs here were well upholstered, fat and luxurious.  I could certainly think of less agreeable ways to kill a hot afternoon.

We had already discussed the circumstances of her father's passing.  Perhaps predictably, Hernan had been found at his breakfast table immediately after repast, newspaper folded across his lap, sunbeam illuminating his restful face.  'The earliest memories I have of my father were of him reading the newspaper at the table.'

'Every morning, regular as clockwork,' I said.  Hernan had been a great believer in breakfast.  You could have set your watch by his morning routine.

'So, what's your story, Patrick?'  The girl relaxed, dangled a pepper between her fingers, allowing it to cool.

'Yes.  You've talked lots about my father, but said hardly anything about what you're doing here in Nebra.  It seems inevitable that you're here on Ministry business, but you're allowing me to distract you with alcohol and idle chitchat.  That's not the behaviour of a man keen to get where he's going.'

'Where are you going?'

'To visit a friend who's been assigned to a diplomatic post in Camir.  I am to meet the Rum, talk to him about matters of state.'

'So should I feel honoured,' she said, stretching in her seat, 'that a man who associates with kings in his professional capacity chooses to spend time with me in a personal one?'

I reached for a pepper myself and blew on it to cool it.  It dripped translucent oil into the bowl.

I said, 'I don't believe you feel that way for a minute.  Kings are just men, after all.  Fellows like the sailors at the bar.  Just better dressed.'

She bit into her pepper and giggled as green juice dribbled down her chin.  'Hopefully he'll be a better singer than those sailors at the bar.'

Her eyes sparkled.  'Why don't you sing with them?  I bet you have a great voice.'

'You could!'  She turned, waved to the sailors and called out in Rhigan, 'Hey, gentlemen!  This man here wants to sing with you!  Play him a tune!'

The sailors laughed and one of them pulled out a tin whistle.  He picked out a cheery tune and they broke into an eye-watering harmony, gesturing to me to sing along.  Instead, I bit into the pepper, intending to claim that my mouth was full.  This was a mistake.

The one pepper in a batch was hot, they said, but in truth even the hot ones could be manageable and a man could go many batches without even encountering one.  This time, I had picked one hot enough to sear my soul.  It slipped down my throat before I could stop it, causing me to cough and then to inhale deeply, trying to get cool air into my mouth.

'He's found a hot one!'  'Ondians shouldn't be trusted with real food, see what it does to them!'  'The danxo, quickly!'

After a delay I can only put down to heat-induced panic, I found the danxo and downed it in one.  It lessened, but not ended, the pain.  Quickly, Taly passed me her glass too and I duly drank that one as well.  All the time, she was doubled over with laughter, and when the inferno within me was quelled, I started to laugh too.

More peppers followed, and then hot zur soup with croutons, and much, much more danxo.  Needless to say, I did get involved in the sailing ditties that followed, and Taly duly congratulated me on my acapella.  'See?  I told you you would be excellent!' 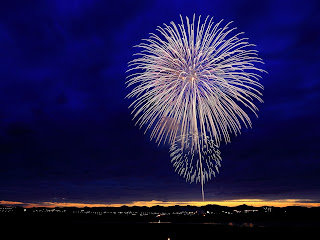 So it was that with hazy, cloudy heads, we stumbled onto makeshift seats on the wharfside, and talked for hours more.  The good people of Vairin laughed and danced and sang around us as the evening progressed.  I think I had an innocent arm around Taly's shoulders when the lanterns in the bars were lowered and the night sky was suddenly pinpricked with white and blue lights.  Each colourful explosion was punctuated with a bang that sounded like the firing of a distant cannon, and behind us, the crowd murmured appreciatively.  Taly hugged her father as he rested in his ignoble cloth casing, and we smiled together in acknowledgement that we had given him a very appropriate send-off after all.