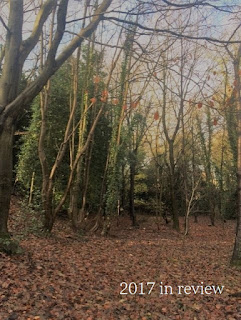 With the Christmas holidays coming to an end, it's time for the traditional annual review of events, taking stock of where I am with my writing and where I'd like to be this time next year.

All considered, it's been a bit of a funny old year, really. To my eternal chagrin, it's been one where I've had to focus almost exclusively on non-writing goals, since my weight, my debts and my (actual) career were all in danger of spiralling out of control twelve months ago, and I really felt like I had to impose some discipline on myself in order that I didn't end up losing any of my spinning plates.

Accordingly, my debts are now paid off, I'm nearly two stone lighter than I was this time last year and I have taken my final professional exam (results pending mid January). In twelve months time, I'll be pondering a move into my forties and while I'm a keen believer that you should never stop learning, it would be nice to be able to focus on things which are lower stakes as far as my income and personal stability are concerned. Being white and male and a certain age, I recognise that I'm privileged enough to be shielded from much of the unfairness in the world, and I'm very fortunate in that I've never suffered particularly from stress or other mental health symptoms. That said, I did spend a lot of the last six months feeling tired and worn, like maybe I'd spread myself too thinly. Other people will tell you to push your personal and artistic limits to the maximum - I'm telling you that it's perfectly okay to spend time within your comfort zone if that's, y'know, where you feel most comfortable.

In terms of writing, 2017 saw the release of 'This Burning Man', the serial I spent a number of months working on prior to release. I also was very honoured that my local sci-fi book group read and reviewed it, and held me to account earlier this month with some very searching questions. The compilation of the novel from the initial serial entries meant that by necessity, the story was tight and well-paced, but suffered in the rewrite from having to change some of the original characters and events to create a more reasonable overall narrative. All seemed to agree that the three main characters were really well written, which is brilliant for a writer to hear, but they also felt that many of the supporting cast blurred together. People were also politely critical of the deus ex machina devices in the plot and the junk science that creates the consequences for the characters, all of which are perfectly reasonable criticisms. Pleasingly, the reviews that people gave the book largely matched with my own feelings about it retrospectively, so I can feel reasonably confident that I'm not looking at my work through rose-tinted glasses (perish the thought).

So what of 2018? Firstly, and most importantly, I want to write more. I've taken a role on the staff team at Gotham City Times and will periodically be sharing my thoughts about gaming (disclaimer: I realise I'm old and no-one cares what I think - feel free to send me emails confirming this fact.) 2017 was the first year in a while where I haven't won an award, a competition or been published in an anthology or similar, so it would be nice to find a niche for myself once more in 2018. To try and help with this, I've decided to adopt Ray Bradbury's approach of writing a new short story every week. I have a rough idea planned out to set some short stories in the 'This Burning Man' universe after someone suggested this, I have some short story competitions lined up that I'd love to enter, and I'll be looking out for anthology opportunities too. I also feel that if I produce anything good enough, I'd like to submit to one or more of the major sci-fi journals/magazines - it would be really good to see my name alongside the industry luminaries.

I also want to release at least one new book in 2018 - I'm ostensibly keen to work on a sequel to 'This Burning Man' (since so many people seem to enjoy it, even if it is bloody daft) but I've also investigated a few old ideas to see if there's potential in any of them - I have old Nano drafts of a book based on a Jeff Noon story called 'Today We Caught One' (there were actually 50,000 words in the draft, which fits with the Nano theme but was more than I ever remember writing on the story) and a separate one called 'Steam', about a classic heroine in a steampunk-and-magic-infused city reminiscent of China Mieville's New Crobuzon. There's also the Nebran travelogue that I was posting on this very blog in 2016, which I would love to finish and then release as an e-book. Travel writing is an underappreciated genre, and if you're not already a fan, I urge you to pick up something in 2018 and learn new things about the world. Who knows? It might even encourage you to take a trip. With one of my books in your bag, obviously.
Posted by Kris Holt at 14:41