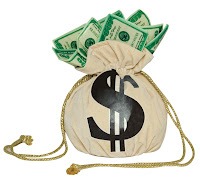 I'm struggling a bit this week, used as I am to my daily diet of Facebook, blogs and tweets from UKUncut about whichever Vodafone branch they have occupied today. My beautiful desktop computer, which is without doubt my closest friend bar none, failed me on Monday this week when the hard drive pitched out and I am now surviving by borrowing laptops for an hour here and there and licking batteries whenever I get bored - which is often.

On my rare forays onto the internet, there is a Facebook group I have seen this week which has made me sad. It is titled as follows: "Doesn't make sense does it?? Homeless go without eating. Elderly go without needed medicines. Mentally ill go without treatment. Troops go without proper equipment. Veterans go without the benefits they were promised. Yet we donate billions to other countries before helping our own first. 1% will re-post and 99% wont. Have... the guts to re-post this. I KNOW I'm in the 1%"

Now, there are a whole host of reasons why this upsets me. I'm going to go through them quickly, because I could rant about this for days, but here goes. Firstly, homeless people may go without eating, but primarily they go without a home. This is a simple inequality and true frustration should be aimed at people who have obtained obscene wealth and multiple homes through self-interest and duplicitous behaviour. Alternatively, you could pick on foreign aid organisations, who are only wasting money on such worthless projects as supplying clean water to fellow human beings. Choose the targets of your anger carefully.

Secondly, elderly people generally don't go without much needed medicines - in fact, quite the opposite. Many are abandoned in uncaring residential homes and medicated as an alternative to being socially stimulated. They are also given antibiotics by the bucketload that they simply don't need - this is why we have superbugs such as MRSA popping up in our hospitals. If you really care about the elderly, do something positive and write to your MP and David Cameron and demand that they increase spending in real terms on the NHS and social care. Believe me, this is a cause that really needs your support. Now, I'll be truly amazed if the '1% who post this message' actually strive to do something constructive.

The mentally-ill do sometimes go without treatment, it's true, but the argument for the increase in real-terms NHS-funding covers this as well, so I'm satisfied that we're all reading from the same hymnsheet. Let's move onto soldiers.

I struggle to see why the UK needs a standing army. We have no resources worth seizing and no enemies who would regard invasion as worth the effort. We continue to kid ourselves that the UK has a role to play in policing the world's fragile democracies, with the irony being that the money we waste on sending young men to be pointlessly killed would be far better spent on social projects to help those in need, increasing our diplomatic standing with the countries in question. Every pound we spend on trying to secure a supply of oil for the next decade could surely be better spent on developing alternative energy sources that could free us from our dependence on the whims of other countries.

This does not change the fact that our soldiers should expect high-quality equipment. However, the UK is no longer a major military player on the world stage, and with the stakes so high, intelligent youngsters considering joining the army should wonder if the country really has their best interests at heart.

This leads me onto the final point I would like to make - the group does not offer any mathematical basis for removing foreign aid. Billions of pounds were indeed spent on foreign aid last year - six billion, in fact. Consider the fact that the UK spends over £700 billion every year - and somehow found £800 billion more to bail out the banking system.

In the context of the world at large, will the six billion we spent on foreign aid last year make any difference? This does not even consider the ridiculous sums the UK makes from third world countries, providing loans and receiving debt interest through the World Bank and IMF, and without considering the social consequences thereof. Haiti is still suffering from the after-effects of the devastating earthquake there last year. Australia, Brazil and Sri Lanka have suffered hundreds of deaths due to flooding in the past few weeks alone. Are we truly saying that we are happy to spend £800 billion on compensating for the auspices of the world's wealthiest and least-deserving, but that we begrudge the £6 billion we give to the entire rest of the human race? Because if we are, we should truly be ashamed.
Posted by Kris Holt at 19:38