Paris: city of love and light, home to some of the world's most eminent cultural landmarks, including the Eiffel Tower, Notre Dame, Sacre Cur and the Louvre to name but a few. Visitors to the beautiful French capital may sample le petit déjeuner, stroll arm-in-arm along the Champs-Elysees, enjoy a boat ride along the Seine and end the day with a glass of wine and a trip to the celebrated Moulin Rouge.

Of course, being a city with a population of two million people and with that fiery Gallic reputation, a visitor to Paris should expect to experience the proud and passionate French temperament too. The English, especially those that make no attempt to speak the language, may feel that they are not especially popular in Paris, but why do a number of Japanese tourists each year suffer transient psychological disorders from the sheer physical experience of visiting the French capital? 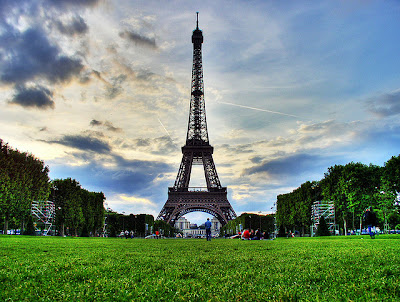 First identified by Professor Hiroaki Ota in 1986 but only journalled as a genuine psychopathological condition in 2004, Paris Syndrome appears to primarily affect Japanese visitors, something which is widely attributed to the role that Paris plays in popular Japanese culture.

As already identified, to the outsider, Paris has a strongly romanticised image. There are significant cultural differences in the way that communication is conducted there in comparison to Japan and these are exacerbated by the obvious language difficulties. For those who are used to the polite and respectful Japanese society, it can be a massive culture shock for an exhausted tourist, who has travelled halfway round the world to find that waiters in Paris can be forthright and gesticulative to the point of apparent rudeness.

Symptoms reported by travellers include dizziness, tachycardia, hallucinations and other anxiety-related conditions. The Japanese embassy in Paris even has a dedicated helpline set up for sufferers. It receives, on average, one to two calls a month, but embassy staff have gone on record with their belief that a great many more people are affected but choose to suffer in silence.

Doctors have commented that the syndrome appears to share common characteristics with Standhal Syndrome (the light-headedness and fast heartbeat associated with being in the presence of art) and Jerusalem Syndrome (a type of spontaneous, religious-themed psychosis that can be brought on by exposure to religious influence, such as a visit to the holy city of Jerusalem.)

Up to one third of sufferers experience symptoms that are so serious, they are only relieved by leaving the city altogether. So the next time that you are tempted to loudly question the misleading instance of the 'service compris' tag on your Parisian restaurant menu, spare a thought for the poor Japanese tourist that you could be seriously traumatising on the table next door.
Posted by Kris Holt at 22:14