While the shock of seeing the assaults and abuse inflicted on those with learning disabilities at Winterbourne View in Bristol will still be fresh in the minds of those who have seen this week's episode of Panorama on the BBC, news is also emerging that one of the UK's largest healthcare providers, Southern Cross Healthcare, has imposed a unilateral reduction of one-third upon the rent that it is willing to pay landlords. 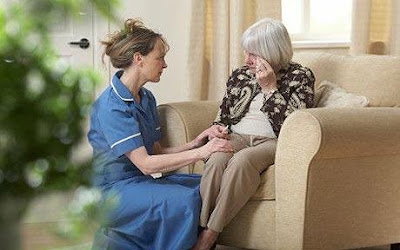 It has been something of an open secret within the industry for some time that Southern Cross has been suffering financial difficulties. Purchased for a sum in excess of £150m in 2004, Southern Cross quadrupled in value in two years under the stewardship of the Blackstone private equity group.

However, accusations have since been levelled at the private equity group that they asset-stripped the firm prior to selling it in 2006. Central to this accusation was the conversion of equity-to-debt in 2005 at a time when it was extremely cheap to borrow. Most of the company's premises were subsequently sold and leased back at what have since proven to be uneconomical rates. Worse still for the company, rates of occupancy have fallen and local authorities have frozen the amounts that they are willing to pay to providers.

At Southern Cross, income is falling as costs rise, and this may be the perfect storm that sinks the company and makes 31,000 people homeless while the former owners sail into the sunset with billions of pounds in profit - proof, if it were needed, that this government's aim to privatise as many of its functions as possible does not necessarily guarantee the best outcomes for users of those services.

Providing social care for the next generation in Britain will be the single largest challenge that local authorities face in the future and is likely to be a major issue in deciding the outcome of the next general election. Here in Norfolk, the single largest outlay that Norfolk County Council makes is on social care provision. There is also a major shift towards personalisation in care, meaning that more individuals will be taking on the responsibility of becoming employers, with all the legal complications (sick pay, pension and holiday provision, etc.) that come with that role. Thankfully in cases where service users are vulnerable, at this time the council still takes responsibility for directly commissioning services.

With Southern Cross frantically trying to keep the wolves from the door, instances such as the Connaught collapse in Norwich and an intensifying drive for transparency in government spending, the pressure upon authorities to make the right choices when commissioning services has never been greater. Regardless of central government's obsessive desire for councils to become commissioners rather than providers of care, it is that very same duty of care that means that councils may have no choice about doing the jobs themselves if responsible private providers cannot be identified.

Increasingly, I feel that there should be a legal obligation for local authorities (or indeed any government bodies) to assess the financial strength of care home operators and other providers of essential services before placing valuable contracts with them. There should also be a independent body working alongside councils with a set responsibility for vetting care homes and performing random checks on standards to ensure that scenes such as those seen at Winterbourne View are never repeated.
Posted by Kris Holt at 18:14