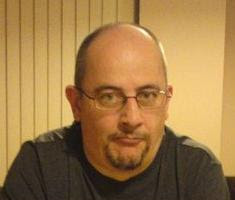 In a(nother) break from ordinary service this Independence Day, Four Thousand Words would like to present guest blogger and fellow local government employee Alun Jones. His previous observations on Tahrir and Tiananmen Squares can be found by clicking here.

If anyone else fancies a stint in charge of the editorial desk here at FTW, please let me know, I'm delighted when other people want to be involved (not least because it means I can take a day off...)

Policing in the USA

The plethora of films and television series that come from Hollywoodland got me thinking the other day. I know they're not meant to do that, but this isn't going to be another discourse on the mind-numbing qualities of main-stream entertainment. It's just this; how many bloody law enforcement agencies does one country need??

In the course of my brief research on this subject, it seems that at any one time in the home of the 'free', 68 different agencies at federal, state and local level could take an interest in your affairs!! I tried to think of a scenario where you would involve all of them, but that was too much! However, if you were a native american former convict and discharged soldier driving a lorry whilst drunk to deliver contraband alcohol, bush-meat, counterfeit currency and books stolen from the Library of Congress to the University in Fairbanks, Alaska having previously made threats against the President you would be in trouble with at least 13 different agencies! All of them of course would resent the others and mouth the immortal line, "And don't give me any of your jurisdiction crap!!"

Similar counts yield the following information. The UK has 14 layers of law enforcement, whilst the North Korea has only 5 or 6!

Does this mean that we are 3 times as paranoid as the North Koreans and that the USA is 5 times more paranoid still? Not really, as the numbers in each arm are widely different, especially when you take into account the size of population they are meant to serve. But there must be a high degree of paranoia, otherwise why would we have so many different agencies? After all, the right-wing governments in control both here and in the USA are dead-set on cuts.

I'm not a big fan of cuts. I work in the public sector and believe that you need it to make the state run efficiently. For example, how would Mr Cameron's army of 'hungry' entrepreneurs be able to generate wealth if they had to stay at home to look after their elderly parents? Or if that simple cold became double pneumonia because there was no healthcare? However, I believe that both here and in the USA, concern about crime levels and the possibility of terrorist attacks means that we have allowed this proliferation and the erosion of many liberties. So come on Theresa May and Janet Napolitano (Secretary of Homeland Security), make some cuts, save some money and restore some sanity to our law enforcement.

Shame about the films though...
Posted by Kris Holt at 15:08