A Little Drop of Poison

It is so easy, as a member of the left-leaning community, to see Rupert Murdoch as a figure of hate that you sometimes forget that he's a human being. It doesn't help that as he has aged, he has acquired an increasingly cadaverous appearance, and at the age of eighty, some might think that his former vigour would be waning. Make no mistake though, his desire to make money and to cement his family's position at the centre of international power-broking goes unabated. Not for nothing did Tony Blair's deputy director of communications, Lance Price, once write of the last Labour government, "No big decision could ever be made inside Number 10 without taking account of the likely reaction of three men – Gordon Brown, John Prescott and Rupert Murdoch."

When considering the actions of fellow human beings, one wonders if those tawdry souls at the heart of the phone-hacking debacle ever stopped, even briefly, and questioned if there was a line that should be drawn. Even-minded individuals may or may not feel that public figures have a right to privacy, but either way, at least those public figures have a degree of control over their public profile. Today, printing the antics of a footballer, celebrity or politician risks lawsuits, super-injunctions and worst of all, public indifference. However, if evidence shows that you hacked the phones of dead servicemen or murder victims, you can expect the kind of public backlash normally reserved for the perpetrators of vile crimes. 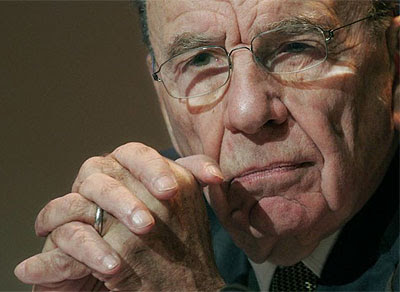 If Murdoch thinks that throwing the News of the World (NotW) to the lions will bring about the end of the phone-hacking saga, he is going to be very disappointed indeed. Public opinion has now reached such an uproarious state that his every action will be called into question and every statement released by NewsCorp, his beleaguered media empire, will be scrutinised fully by those who would love to provide evidence of his insincerity.

There is an ominous and growing sense of public discomfort about Murdoch's close presence to successive UK governments that is starting to make the BSkyB takeover look like a sideshow. Ministers, MPs and the head of the opposition, figures who would once never have dared to criticise Murdoch or his empire for fear of media reprisals, are starting to garner political capital by biting chunks from the beleaguered carcasses of his former charges.

Regardless of his claims to have known nothing of the actions taken by his newspapers, Murdoch hired Rebekah Brooks. Where Brooks is, Andy Coulson was. Coulson's former employment with the current Conservative government ended when it seemed likely that the scandal would break. David Cameron has publicly declared Mr Coulson to be a 'friend', which is a politically-inadvisable statement given that the possibility seems to be increasing that Coulson will be joining ex-NotW Royal Editor Clive Goodman and private investigator Glen Mulcaire with a spell at Her Majesty's pleasure. They may not be the last. Police have raided the offices of the Daily Star, and there must surely be further unsavoury revelations still to come.

The irrepressible taint that comes when a man sells his soul at the altar of capitalism has become an insidious drop of poison for all those connected to Murdoch. It can no longer be tolerated that this poison flows, unfettered and unseen, in the dark halls that lead between Fleet Street and Whitehall. The time has come for a full public enquiry that will blow the whole sorry mess apart.
Posted by Kris Holt at 09:28