Model for a New Start

I've come to the conclusion that natural left-wingers, like myself, have reached their limit with the Labour Party. You may have read my previous treatise on a certain Mr Anthony Blair but the fact is that these suit-wearing sons of clergy and big business are no longer any more representative of the working man than I'm representative of Dutch clog-makers.

I also know people who would clearly fall within the remit of the traditional Tory voter who nonetheless baulk at the notion of supporting the good ship Camerlegg. We are all middle-class these days, and we know that it is no longer socially acceptable to sneer at people who we regard as being a step or two down the evolutionary scale. Furthermore, even if you're a worth a million pounds, you won't be buying a yacht or a house in Chelsea any time soon. It's no good having millions when the billionaires can soon price you out of any neighbourhood that they don't want your penny-pinching, hat-doffing type in.

What we have is a government of confusion and dissatisfaction, and we are not alone. In nations all across the world, the global debt crisis is seeing people move towards small-government, Conservative and nationalist agendas. In short, we are moving at speed towards the interests of those very people whose self-interested machinations started the crisis in the first place.

It seems that when it starts to get cold, sheep will choose to desert their lazy, careless shepherds and instead make their way to the warmth of the slaughterhouse. You only have to look across the pond to where US President Barack Obama has had to make a deal with the Tea Party Republicans that effectively sees the American economy driven over a cliff while Sarah Palin and Newt Gingrich laugh maniacally from behind the wheel. So do you vote for the lunatics, or the people who have no choice but to pander to them? 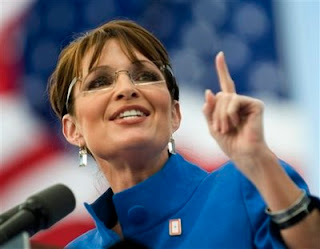 Can it really be so hard to appeal to voters with a bit of common sense and some simple statistics to explain what you are doing in government and why? I wonder sometimes if our own civil service is not so used to spinning inconvenient truths that it has lost sight of what the purpose of government really is. People in the UK feel that there is no-one in government that supports the way they feel and even that government itself cannot be trusted. Private sector and public sector workers wrestle frantically with each other for crumbs while the faceless representatives of multinational corporations drink Cristal champagne and ignore them.

So what can we do?

I feel the time has come for a clean slate. We need to do away completely with the restrictive tags of Conservative, Labour or Liberal Democrat. All of us hold views on separate issues that fit across the political spectrum, and we are now faced with nightmarish concepts like Blue Labour, or Green Socialism, etc. It's time to pick some new names and write a manifesto for the laymen.

Modern politicians primarily come through a small select number of education establishments and this gives rise to a feeling among the rest of us that politicians do not understand their own constituents.

The particular kind of political 'inbreeding' that I alluded to earlier means that we tend to be led by a people from a narrow range of backgrounds and with an extremely limited exposure to a range of human experiences. It is time that our Lords were abolished and our Commons became truly representative. A representative government should include all minority groups, regardless of gender, ethnicity, sexual persuasion, and so on. Critically, it should contain a representative number of MPs from comprehensive school backgrounds and there should be also be a representative number of disabled MPs too.

Next, any MPs who were involved in the MPs expenses scandal should be debarred from Government. For example, our friend from yesterday, Oliver Letwin, claimed £2000 in Parliamentary expenses to repair a leaky pipe under his tennis court. The argument that this was allowable under the rules at the time completely misses the point. In order to be respected by those who elect it, a government has to strictly regulate its own behaviour. Only then will people believe that they can trust government to act in the best interests of the nation at large, and the public perception of a self-perpetuating 'old boys network' can then be quashed.

Donations to political parties should be strictly limited to small amounts (say £20,000 per year) and should all be declared publicly and published in the mainstream media. All parties with a seat in the House of Commons would be guaranteed a set number of hours of TV time for their election campaigns, and no more than this could be purchased. Transparency of political activity should become the accepted norm.

Taxation needs to be reviewed from the top down by government and corporation tax is ripe for an overhaul. It is disgusting that companies such as Barclays have been able to get away with paying the equivalent of 1% corporation tax on their vast profits. A pound earned in Britain should mean tax paid to Britain. The stated aim of reviewing taxation should be the reduction of inequality, with the need for redistribution of wealth above a certain limit, to be decided by the new Parliament. 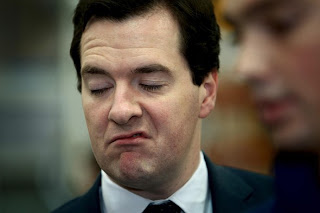 Economic policy would look towards the creation of real economic growth through productivity and wage increases at the low end, and we should be looking to once again develop a production industry. We cannot cut interest rates any further as a means to stimulate borrowing, and this is inadvisable strategy anyway as it has led to the asset price bubbles that are partly responsible for the economic mess we are in. Neither can the ridiculous plans for austerity measures at this time be continued. Cutting spending and reducing taxes in the UK have done nothing to promote growth, and demand for products and services is lessening as a result. In the long-term, economic market sustainability with planned growth rather than the boom-bust effect is of course our goal.

Foreign policy would link to social policy with regard to the creation of sustainable energy as a massive priority, so the need to involve ourselves in foreign conflicts and our reliance on the likes of the US and Russia could be reduced. We would utilise our existing budgets and the money saved by reducing troop numbers stationed abroad to explore ways in which we could make genuine contributions to improving life in other parts of the world. We should aim to be involved in building and social development projects rather than simply lending out or giving vast sums to other countries.

Immigration policy also needs to be reviewed, with the aim of creation of a policy that reflects the value that immigrants bring to society rather than Daily Mail-induced hysteria. This is not a suggestion that the doors of the UK should be flung open to anyone who wishes to be here, but there should be honest, open debate where those who have genuine concerns about the integration of communities are allowed to have their say as well as representatives of ethnic minority groups themselves. This reduces the risk of the issue being hijacked by the 'us vs them' politics of the odious far-right movement.

Most importantly of all, government needs to be accountable to people and I suggest a reduction in the period between general elections to three years, with compulsory referendums on major national policy issues. There would be no more under-the-radar changes to the NHS.