A few weeks back, I was proud to win the Scottish Mental Health Arts and Film Festival 2014 International Writing Award.  The trophy has pride of place on my bookshelf, and I'm very pleased to be able to reproduce the story, 'Crowning Glory' for you in full here.


It's Saturday night, half past nine, and the lights are out again.  I get the front door closed with a kick and drag the carrier bags into the lounge where they finally split completely, dumping the groceries all over the floor.

I wasn't sure if he'd be here.  Sometimes in the evenings, he goes to the pub or to visit his friends, but not tonight.  Instead Michael sits at the table, reading one of his scraggy paperbacks by candlelight.  His fingertips protrude from his gloves as he picks at the pages.  He doesn't look up to greet me.

'I stopped off in the library,' I say.  'More research for my project.'

'What did you get at the shop?'

'Anything to put in it?'

Michael isn't the kind of man to bother with smalltalk.  None of this 'how was your day, how are you feeling' nonsense.  He ignores me as I grope around in the shadows, searching for apples that I remember running through the checkout.

'You could help,' I say, fishing under the sofa for a can of tuna.

'I could,' he replies, turning a page. 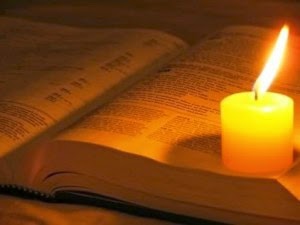 Even doing something so simple, Michael's movements are nimble.  Perhaps it's because he's so thin.  It makes his limbs and his fingers seem longer than other people's.  By rights, he should feel the cold more than me, but it never seems to work that way.  He has a large polo-neck sweater that he wears pretty much straight through the winter, though it's not a nice one like you see sometimes in magazines.  This is proper army surplus, complete with patches on the elbows.  His trainers are so old that his feet practically poke out the front of them.  His hair is sandy, thick for the most part, though sometimes when I run my fingers through it, I can feel it thinning at the crown.

He doesn't like it if I mention his thinning hair.  It reminds him of his age, of his mortality.  Or maybe it's a man thing, his vanity.  In his mind, Michael still wants to believe he's twenty, though I know for a fact he's double that and more.  When it suits him, he can ignore the twinges in his joints and still act like a young man.  It lets him pretend that his potential is still resting just under the surface, waiting to be tapped.

He takes the jar from my hand, scrutinises it under the wavering candlelight.  'This is raspberry.'

'Is that a problem?'

'No, I just prefer strawberry.'

It's one implied criticism too much.  I've worked twelve hours today, and I ache.  I checked my till at the end of the day and I was so tired I nearly fell asleep while doing it.

'If it's not good enough,' I say, 'maybe you should buy your own jam.'

Instantly, he's on the defensive.  He turns one of those long, wiry shoulders to me and sulks behind his book.

It's not the money that bothers me really, though there are days when I wish that handsome millionaires weren't in such short supply in Gowrie.  It's that I'm never the first thought he has.  There's always a baccy tin that needs topping up, or a mobile short of credit.  A while ago, I thought that I'd like to get a dog.  It would have been nice, a chance to go for walks together, rediscover ourselves a bit.  Just now, I don't think we'd cope with the expense, much less the rediscovery.

Michael lights one of his reed-thin roll-ups, eyes me warily.  I sense that he knew this was coming, has probably been rehearsing the argument in his head while he was waiting for me to get home.

'Aye, I bet,' I say.  I don't have any reason to say it, except that he never has cash, and I'm fed up with coming home to find the meter empty and the house in darkness.

'What does that mean?'

I open the kitchen cupboard and am assaulted by the twin smells of damp and mould.  I stack the baked beans next to a tin of pressed ham.  There's a v-shaped dent in the top of the tin that I'm sure wasn't there when I picked it out.  'Nothing.'

I'm annoyed then, just wanting the right to be irritated without having to list the reasons.  I lean around the doorway.   'I told you.  It's nothing.'

He turns another page, avoids my eye.  The candlelight flickers.  'Jess, you know your problem has always been that you bottle up your feelings.'

There it is, the charge he has laid at my door for four of the five years we've been together.  I ferment the anger inside me, immediately proving him right.  I feel like a port barrel, my insides burning with the whiskey touch.  For four long years, I've been uptight.  If I told him what I really think, he tells me, I'd feel better.  Twelve hundred days and more spent searching for the words.  In the beginning, my mind whirled with the search while he just cupped my breasts and fucked me so hard that my eyes watered.

'Really?'  I'm surprised, and my voice betrays me.

For a moment, I'm contrite, and I want to say something nice, tell him I'm pleased for him.  But the feeling is coming back into my hands from where I was carrying the bags, and the knotted plastic has left painful red marks around my wrists.

I imagine his frown.  'It's an exhibition.  It'll be good publicity and it might lead to other things.  But I'm never going to be Damian bloody Hirst, right?  This isn't London.  I can't cut cows in half or sell our dirty bedsheets to some wealthy twat.  I'm never going to be rich.  You need to accept that and move on.'

Michael is a poet and performance artist.  He mostly does readings at festivals and occasionally shows photographs that he takes around the city.  A few years ago, he was commissioned by the tourist board to write about the new village of Scone.  He wrote about kings and the weight of their crowns, intending it as satire, but they missed the point and published it anyway.  It's the most successful thing he's ever done, and to this day he's still sore about it.

I finish stacking tins and try to let the anger go.  It isn't easy.  My insides are twisted and tearing at me like the handles of the carrier bags.  I feel more relaxed when there's a wall between us, when I can't see Michael's lips narrowed in that way they get when he argues – or worse still, when he demonstrates his superiority by refusing to argue.  The kitchen window is small and thin, and the band of light that seeps into my space is granite grey.

'Will you make me something?' he calls.

My mind is halfway to telling him to take a running jump out of the large lounge window, but I'm already next to the worktop and I don't have the energy left to argue.  I pull at the bread bag, tearing it open, and grab the cleanest looking knife from the grimy drawer under the sink.  For a moment, I test its weight in my hand.

Even when he compliments me, Michael has a way of turning the words, exposing their edges.  We can't make toast without topping up the meter, and he knows it.  I reach out with my empty hand and stroke the spot on the wall where the ashen light falls.  For a moment, I watch the shadows dancing like puppets.  It's the smallest thing but for a moment, I'm just pleased that there's something I can actually control. 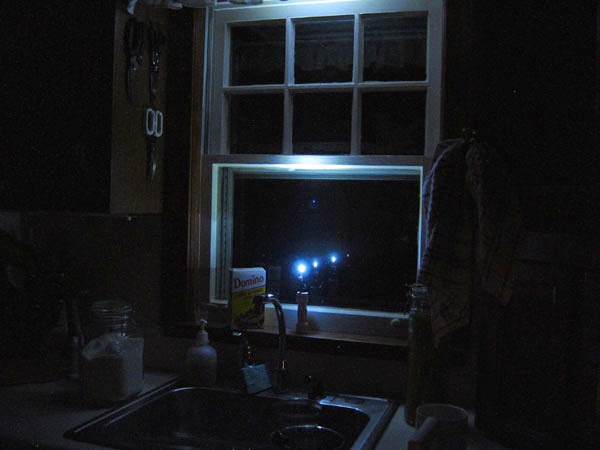 I bite back every sarcastic reply that I think of and take a deep breath.  I just want something from him, some acknowledgement.  It was his work that inspired me to study local history, but he's long since lost interest himself.  I wonder if I worked harder, would he notice me then?  If I was smarter, if I could match his quick wits, would he respect me?  If it wasn't always easier to go along with what he asked, if I said “no” from time-to-time, where might we be now?

'Jess?  Are you listening?'  His voice, so sulky, petulant.  'The shop closes in a few minutes.'

I want to see him then, this slender man I loved once.  When I step through the doorway he is studying his wristwatch in the candlelight.  The flame burnishes the links, making them glow, golden brilliance reflected in his eyes.  I stare at him as he stares at them, each of us locked into our movements as though everything set out before us is pre-ordained.

I turn back to my stone-coloured shadow in the kitchen and imagine a crown atop its head.  Michael thinks only of men-made-kings, but I'm interested in the women who became queens at Scone.  They're my project.  I'm studying them, learning about their pains and the indignities they suffered.  I know that expectation weighs more than any band of gold.

I am the epitome of calm as I take the ten pound note out of my pocket, unfold it, and place it down in front of Michael.  He looks embarrassed then, his skinny shoulders hunching down inside his rancid jumper.  'Do you mind going?  I've been getting the aches in my knees again today.  I wouldn't make it there before it closes.'

There's a strange pressure in my head, as though something is trying to escape but can't find a way out.  I should feel bitter or resentful, but I think of those queens and their steely resolve.  I channel their regal serenity as I take the electric card and the ten pounds, pausing only to think about how strange these simple items suddenly feel in my calloused palm.  A minute later, I am walking down the dingy stairwell, out of the front door and across the street.

A hundred yards past the shop, I reach Smeaton's Bridge.  The river below me runs thick and fast, like arterial blood.  I watch it for a few moments, and then I take the card out of my pocket and drop it over the side.  It bobs momentarily, a shrill square of white in the darkness, and then it rushes away forever.
Posted by Kris Holt at 23:23