I made the mistake today of getting involved in one of the BBC's fiscal blogs, when I became incensed at a suggestion on the website that the ideal way to tackle the country's financial crisis was to do away with the minimum wage and send those Jonny Foreigners back where they came from. What an idea! Let's add skills shortages and an ever-decreasing wage spiral to our many, many problems. Just don't tell Dave, right?

Fortunately, David Cameron is currently distracted from bothersome domestic difficulties by channelling the spirit of Tony Blair and carving himself a Legacy as a Politician on the World Stage.

Except of course, he's at great pains to point out that he is not Blair and this is not Iraq. In Libya, France led the charge to force the resolution through the UN and has seized the moral high ground by doing so. The US has shown that it has learnt from past indiscretions by indicating its desire to transfer its lead role in Libya within days of becoming involved. The Arab League has skirted around the issues raised by the situation in Libya, but has carefully avoided supporting the idea of further regime changes in the region. In the midst of the maelstrom Britain strode around, an overzealous and wizened schoolteacher with an ever-shortening ruler, looking for a way to assert some authority over proceedings.

It was a familiar feeling for me as I turned on the evening news. Hand-wringing MPs jostled uncomfortably in the House of Commons as justifications for British involvement in the conflict were bandied around. The news cut to eerie green night-vision pictures of tracer fire in the sky over Tripoli and I thought, 'Here we go again.' Just once, it would be nice to get through a five-year political term in Britain without our involvement in another yet another futile, expensive and unnecessary war. 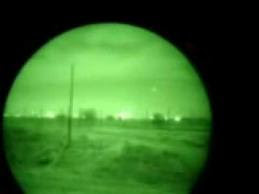 After reading an article in the 'i' newspaper today by Yasmin Alibhai-Brown, a writer I am really beginning to appreciate, I have taken the time to consider the position I felt initially when the bombs began to drop.

As an self-described Arab exile in Britain, Alibhai-Brown admits to a feeling of political anxiety about the UK's involvement in Operation Odyssey Dawn. I'm not of Arabic descent but I can assure her that she is not alone. I am in agreement that allowing the conflict (note that no-one uses the word 'war') to escalate would be to offer a permissive stance towards a potential civilian genocide, but nonetheless I am still very uncomfortable about our role in proceedings.

While I am willing to give David Cameron the benefit of the doubt with regard to the genuine issue of defending human life, it is unfortunate (or very fortunate, depending on your viewpoint) that supporting this cause has so many potential positive aspects for Britain that could be viewed sceptically from a retrospective standpoint. Yes, we are defending civilians by bombing strategic military targets - in the full knowledge that contracts will surely be offered to British firms when rebuilding work needs to begin and new military hardware is purchased. If we go the whole hog and support the removal of Gadaffi from power entirely, we do so knowing that any potential replacement will make their gratitude clear when determining the price of their oil.

The irony is that the Libya conflict could potentially be a watershed for the countries involved in the coalition force. Britain can go a long way towards cleansing our international reputation by making it clear that our loyalties are not determined solely by the money that lines our pockets. The true measure of our role in this saga will be determined by what happens next. So far, what we have done is indeed, to use David Cameron's own words, 'necessary, legal and right'. It is a phrase he will do well to remember and observe in the weeks ahead.
Posted by Kris Holt at 21:39