A Rant About Ignorance (and the EU) 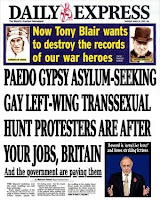 I'm starting to think I should have a snappy start for my postings. It could be a phrase that I use that captures that feeling I get when I see something, read something or do something, and the entry for the day begins to take form from the disorganised blurriness within my mind.

It could be something along the lines of 'An annoying thing occurred to me today as I read a British daily newspaper'. I'm starting to think that I could describe my country to someone who knew nothing about Britain by collecting up a copy of the Star, the Sun, the Mail and the Express, forcing them to read the whole mess cover to cover and then telling the poor soul that not only do people voluntarily pay money for these travesties against truth and taste, they actually form opinions based on the content.

I knew and indeed had warned some of my friends who are more susceptible to influence that in the weeks before the discussion about the Alternative Vote (AV) system, we could expect mainstream Tory and Labourite newspapers to attack the concept as being 'bad for democracy' (i.e. bad for those parties, as it reduces the likelihood of tactical voting, which both parties have been reliant upon in the past to secure their majorities.)

The Daily Express first posted a Tory MP's opinion of the Alternative Vote system in October 2010. Edward Leigh, MP for Gainsborough, wrote in the Parliamentary House magazine that the proposals were 'unsatisfactory, un-British, and causing frustration and anger'. At first I agreed with him, but then I re-read his comments and realised that he was describing the AV system rather than the coalition government.

Mr Leigh also objected to the plan to hold the referendum on the same day as the Scottish, Northern Irish and Welsh elections, which is a manoeuvre that he felt would concern voters in England. He finished by saying, "a referendum should be held when conditions are consistent across the nation. I understand that a coincidence of dates will save us nearly £8 million, but let's not sell our political principles for the price of a nice house in Chelsea." He's certainly correct that political principles should not have a price, but £8 million would train a lot of nurses, and I left the comment in because his knowledge of Chelsea house prices neatly juxtaposes how he is obviously in touch with the average British voter.

Conveniently ignoring the fact that we currently have a government with no electoral mandate to govern, the Daily Express implied today that the average voter cannot be expected to know much about AV or the democratic process, and on that basis a referendum about electoral reform is entirely unnecessary. However, on the matter of the European Union, The People Have Spoken, and a referendum should be organised on the subject of Britain leaving the EU immediately. 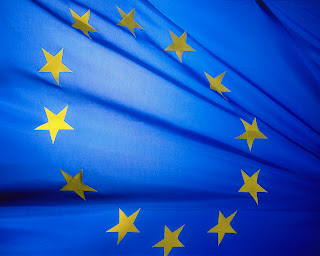 In January, the paper submitted a petition containing 373,000 signatures with the aim of forcing the government to hold a referendum on the issue. Today it had this to say on the subject of the EU:

"The EU has already made a number of ludicrous decisions since the Daily Express delivered its historic 373,000-strong petition to Downing Street in January. Its judges were accused of “utter madness” this week after imposing new gender equality rules on pensions and insurance, leaving millions of Britons out of pocket. Women’s car insurance will rocket by up to 25 per cent after they ruled against discrimination in their favour. Men, too, will suffer with lower pension payments because providers will no longer be able to take into account that they die earlier than women."

You'll notice that the paper doesn't actually note who made the accusation, and I'd be a little more sympathetic to the dewy-eyed bleating about how the decisions made in European Court leave my gender disadvantaged on the matter of pensions if the British government weren't making me wait three extra years to claim my pension in the first place (68 as opposed to the current 65.) Likewise, if Cameron and Co. are that concerned about drivers, they could always look at reducing the cost of road tax and the frankly obscene amount of tax levied on petrol. But here we come to the central tenet of this entry - this is not a call for a referendum on the basis of knowledge, but instead, one of ignorance.

What is the EU? The smart and well informed members of this blog will know that it is an economic and political union of 27 member states that operates through a hybrid system of supranational independent institutions and intergovernmentally-made decisions negotiated by its members. But if you put those 373,000 petition signatories to the test, could they honestly name a single function that the EU performs?

I don't have a position on the EU. Fundamentally, I am willing to accept that as an intelligent and apparently well-informed member of society, I still don't understand enough about how it operates to determine if it offers us (as UK citizens and voters in MEP elections) value for money. I do know, however, that if any such referendum occurs, I will endeavour to educate myself on the subject and learn more so that at least my vote is cast from a position of relative understanding. I rather fear that my measly single vote will be drowned out by countless others that have the neither the wherewithal or the inclination to do their own fact-finding.
Posted by Kris Holt at 19:09