You'll hopefully forgive me for the long delay in posting before 1 May and the fact that my post below about the Royal Wedding doesn't go into any great depth with regard to finances or effect upon the national psyche. As an event it's a whole greater than the sum of it's parts - but then, so is the sunny bank holiday weather that has cheerfully swallowed up all of my recent free time. 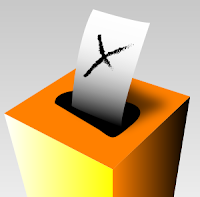 5 May 2011 is the day when my fellow UK citizens will have a chance to vote in local elections and I would urge you to do so. Turnout in local elections is historically low and tends to go against incumbent governments but the important thing is to be a part of the democratic process, whether you feel that Cameron's economic policy will eventually come good or you just feel like giving Nick Clegg a (metaphorical) kick in the crotch.

UK voters will also have a once-in-a-lifetime chance to reject the First Past The Post (FPTP) voting system in favour of the Alternative Vote (AV) system. I honestly can't find a single, compelling reason to keep the current inflexible system which encourages an unrepresentative two-party monopoly and virtually guarantees tactical voting, so I will be saying yes to AV. If you haven't made your mind up either way, a full independent guide can be found on the Electoral Commission website. Just remember, if you have ever felt that politicians are all the same and cannot be trusted, this is your chance to make a positive change to the way in which they are selected. 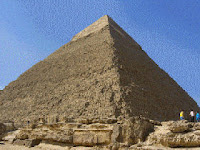 Four Thousand Words will also be taking a short break until the middle of May 2011 as I will be leaving these shores for a few days R & R in Egypt. I have a sweet new hat, some luggage with wheels, my Horatio Caine sunglasses and a lot of flip-flops. I have yet to buy some Imodium.

In the meantime, I hope you enjoy comparable temperatures and have lots of fun to boot. I will speak to you all again very soon.
Posted by Kris Holt at 14:13