The shame of India's lost girls

Continuing with the pro-feminist agenda of some of my more recent posts and taking the chance to visit some of the international roots at the heart of my interests, I have discovered that the BBC is currently running a number of magazine articles about the Indian census. The results suggest an alarming decline in the number of girls under seven years of age.

The pressure on women to bear male children is intensified by the social pressure upon Indian families to provide dowries - payments of money, goods or land - to a husband's family when their daughters are married. India outlawed dowries in 1961 but the custom is still widespread and the same escalating wages and inequality that we have seen beginning to cause havoc in the Western world are starting to take hold in Asia too, with devastating effects upon the abortion rates.

Another factor in the decreasing number of female births is the increasing availability of sex-determination tests for pregnant women. There are estimated to be in excess of 40,000 clinics providing this service in India today and many of them circumvent the law by failing to register themselves with the government. 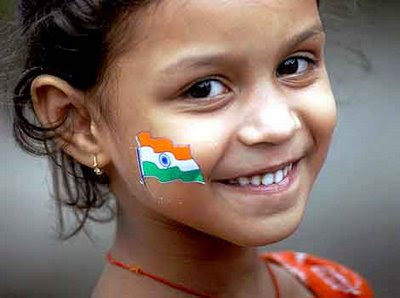 In Haryana, the worst affected region of India, there are now less than 830 girls born for every 1000 boys and incredibly, in that region, this represents a significant improvement on the figures from ten years ago. However, in many areas, the number of girls being born is falling steadily and this brings with it massive potential for social problems.

Men in Haryana are now struggling to find suitable brides and have taken to 'importing' them from other states. However, this is not a practise without pitfalls as religious and cultural norms vary tremendously between states and often the brides feel left adrift, unable to cope with different food, weather, attitudes to their presence and even language barriers.

It will take the best efforts of cultural, social and religious leaders to stem the tide of female foeticide. The Indian government is now weighing in with measures to assist the process, giving monetary support to parents who have female children and investing money on the parents' behalf so that those girls may have an acceptable dowry or a college education.

Governments though, can only do so much - and by alleviating the symptoms, they do nothing to tackle the underlying social barriers for women in what is still a largely male-dominated and feudal society. It is only in changing the mindset of the population and doing all that is legally necessary to secure protection for girls before they are born that the worrying trends shown in the 2011 census can be reversed.
Posted by Kris Holt at 10:45