Why Capitalism Has To Step Up

Ring the bell, call off the dogs...the time has come to admit it. Our green and pleasant land (though not perhaps as Green as it could be, if campaigning groups are to be believed) in is more than just a bit of a pickle. 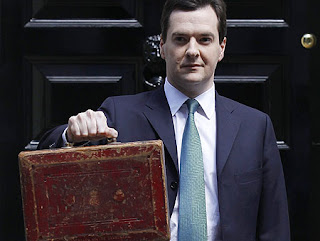 George Osborne's Autumn Statement reflected a government that knew full well that it has no answers for the current economic crisis. But then, we live in unprecedented times, so who does? When your opposition are offering nothing more creative than the same slash-and-burn policy that you are offering yourself - albeit with a caveat that it should be somehow slower and more touchy-feely - where is the impetus to deliver an alternative option? What is certain without a shadow of a doubt is that if we follow the current economic plan, we stand to see a decade of misery that will have a social impact on the lowest paid that goes beyond the understanding of the middle earners, who will be too distracted by their own financial concerns to realise how this is all interconnected.

So misery there is, and misery there will be. And what of solutions? I am minded of the young Occupy campaigner, who when asked for a solution to the current economic crisis, replied, 'a kind of system that works both like capitalism and like communism.' I scoffed. And I remind you, I am pro-Occupy and left-wing by birthright. But then, I got thinking. We have all worked for capitalism. And as it failed us so badly when it was circumvented to allow a safety net for banks who could have been allowed to fail (an ultimate lesson that may have proved more painful than the bailout that was agreed), it is time to make capitalism into a tool that works for us, rather than a giant rolling ball that crushes us all on route. 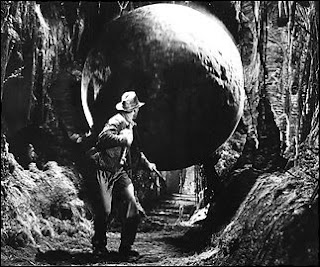 So as the public sector realises it can no longer cling onto the terms and conditions that insulate them from the real world, so the private sector must realise that they can no longer claim vast wages and put the needs of the shareholders above the needs of the societies in which they operate. I realise that in both instances, this represents a paradigm shift to how each sector operates, but greater clarity of understanding is required if social unrest and bitter rivalry are not to bring the country to its knees.

In times of crisis, a government faced with falling living standards has a responsibility to arrest this decline by operating in a role that redistributes wealth. Much has been made of George Osbourne's pledge to reduce tax rates for the highest paid to encourage entrepreneurism. Well, rather than waiting for this to happen of its own accord, why not legislate for it? For example, you could try increasing the tax rate for individuals above a certain level, and investing the monies received in a growth and job creation fund. And yes, I realise that this takes money away from servicing the UK's vast debts, but as we have discussed in previous posts, we have to think about growth rather than just debt. To use an analogy employed by a friend of mine, when you buy a house, you don't starve your family so you can pay off the debt in a year.

The scariest of notions, and the one that all of our political parties have yet to face because the public itself remains in denial, is that we are now playing a different game to any that we have played before. Our ideologies of individual responsibility and free-market determination will not save us, and as things become increasingly fraught in the decade to come, we will need fresh ideas and a different model for how to run a society. And to prove how innovative we can be, we will need to completely remodel capitalism and make it work for us.

Our new capitalism must lead by promoting social interest. It must espouse the virtues of investment and innovation above all else. It must encourage us to ask ourselves what has happened to our manufacturing industries and to ask ourselves why our high streets have become clones of one another, supporting only the interests of giant chains who do so little to meet their social obligations to the rest of us. We must ask what our high earners do that makes them worth their high salaries. And when we think we have answers to these questions, we must have the courage to act on the answers that we have, rather than allowing political inclination or fear to temper our response.
Posted by Kris Holt at 12:32