My Travels Through Imaginary Lands, Pt 1. 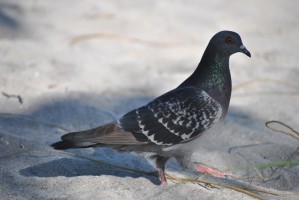 It was on the train to Kassium, in one of the open-topped tourist cars that I frequent when heading to the capital, that the pigeon found me. It alighted on the polished brass bar beside the table and turned a beady eye side-on, the better to judge my lack of providence.

I checked with the man sitting opposite, thinking that maybe the bird was intended for him, but he merely shook his head and disappeared beneath his newspaper. My interest suitably piqued, I took the tiny missive from my winged Hermes and began to read.

It has been such a long time since I heard from you that I felt compelled to send you a missive. My sister sends news of your success in convincing the cabinet of the need for further negotiations in Nebra. I must congratulate you for your efforts, though surely, these are difficult times.

I have news of my own to share, and hopefully it will lift your spirits. Upon my arrival in the west, I was able to make acquaintance with several of my father's oldest friends, and thanks at least in part to their efforts, I have been inducted into the Diplomatic Corps. Naturally, this means I might be able to apply some of my own efforts to avoiding war. In my first posting, I have been aligned with the Rum of Camir.

It is for this reason that I am writing to you now. A diplomatic appointment in Camir will be an important step in securing political and economic cooperation. Your presence at my inauguration some ninety days hence would do much to give my appointment credibility, not to mention how much personal pleasure I would get from seeing your face again.

I folded the note, smiled, unfolded it, read it again and smiled some more. Its role performed, the pigeon vanished once more into azure skies, and the train skidded onward through the rose-tinted countryside, the great river Onn glistening in the distance. I breathed the scented air, feeling quite content.

'Excuse me,' a fair-haired woman sitting close to me asked. 'But are you Ondian?'

I smiled at her. 'Does my beard give it away?'

She may have blushed, though equally it could have been a reflected tint from the landscape. 'Well, yes, as a matter of fact. Many of the Nebran men have beards but not too many braid them like you.'

I was especially proud of those braids. The woman's name was Ruth, and she was on her first visit to Kassium. Plenty of tourists took the long road route to the south, joining the train only when they got onto Ondian soil. Ruth, being the wife of a businessman and a woman of some means, had taken the sea route via the port at Silvouth.

'I'm basically a social scientist, though honestly it's a title that may be a little grand for what I really do. I work for the Diplomatic Corps – measuring migration patterns in and out of the country, studying cohesion between communities. It's quite interesting work.'

'It sounds it. But tell me, if this is your own land, why travel in the tourist carriages?'

'Oh, I find the Dirges quite objectionable. I would rather meet people than be secured in a box for the duration of the journey.' The Dirges were the dark, loud commuter carriages, always found at the front of Ondian trains. They were dirt-cheap, unlike the outdoor ones, but they offered some protection from the elements, given the famously unpredictable local climate.

Ruth told me all about her own work, mostly with non-profits, and shared some peaches that she'd bought with her from the continent. The white flesh was tart, but pleasing on the tongue.

I passed the time in pleasant conversation with Ruth, who was on her way to her husband's side. 'Taking the chance', she said, 'to see Kassium while I can.' Behind me, the dianthan-hued countryside gave way to bushes of vellum, and then to grey soil as we approached the city.

'So what's your business in Kassium?' she asked.

'I was going to meet with some ministers,' I replied. 'But honestly, I think that I've told them everything they need to know. They can do some of the legwork themselves from here. Obviously, there's a lot of tension in Nebra just now. But you'll know that people there are keeping their heads down, quietly getting on with things. I've been invited to an event in Camir. It's been nearly a year since I travelled to the continent. I'm keen to revisit a few of the places I love.'

My plan was made then and there. I would take ninety days away from my job – quite possible in a field which was both well-paid and notoriously slow – and go to visit Sarielle in Camir. Once there, I would request an audience with the Rum and assist the new diplomat with the instigation of a dialogue which would facilitate trade and if necessary, some measure of military support, though the ministry were keen that as many resources as possible should be saved for defence of the narrow strait between Ondia and the mainland.

I could probably have made the journey across the continent by train in three days, but my wandering mind was tapping at the back of my head, and I decided instead to travel the whole distance between Hamhr and Uyusfan, the Camiran capital, on foot. It would be a journey of some four hundred miles, but over ninety days, it would be quite manageable. I would also have the chance to visit some of the most beautiful cities in Nebra along the way.

Ruth eventually got off the train before the Heartlands began, two stops before the Iron Gates. We parted with warm words, and I received an invitation that I should visit and stay at her house when I went through her country on the way west. Before she left, she said, 'May I...just?' Before I could respond, she had reached out with a hand and was stroking my beard. 'I should get my husband to grow one, but I doubt he would braid it.'

I watched her walk away with no small bemusement. She had only a small tartan travelling bag with a long handle, which ran on squeaky metal wheels. In seconds, she was lost in the crowd, though the squeak of the wheels persisted a few seconds longer. Before me on the platform, there was an old man selling cotton-boar trotters. The threads of his shirt were so worn that they were literally coming apart at the seams. Unperturbed, he weaved through the throng, gurning hopefully at anyone who paused. Not many did.