Current read: 'Nothing to Envy' by Barbara Demick. The book is an account of the true stories of six North Korean defectors and the circumstances that led to their respective defections. As well as containing a potted history of Korea since its division, the interweaving histories give a number of eye-opening cultural insights and explore the difficulties that defectors have with fitting into society in the outside world. There are amusing observations about the manner in which many North Koreans attempted to outdo one another's mourning efforts following the death of Kim il-Sung, and then the heartbreaking reality of economic meltdown and the subsequent starvation of thousands in the early 1990s. It's an enlightening and powerfully poignant read.

Current music: Anything mainstream, but it's only because I got stuck listening to Egyptian MTV when I was in Sharm el-Sheikh. So I have Ke$ha, Katy Perry and Rihanna. Normal service will doubtless re-assert itself at some point.

Current TV Shows: CSI Miami, starting once again at Series 1 just because I identify with Tim Speedle. Shame he gets shot. It's doubly sad because it seems like hardly anyone goes to his funeral.

Current food: Anything from the reduced sections in Tesco and Morrisons.

Current drink: Coke Zero. As always. It's another thing I have in common with Scott Pilgrim.

Current favourite blogs: Six Impossible Things by my feminist buddy, Layla Ashton. Layla is never short of ways to make you think. Also enjoying the Swiss Ramble, an extremely detailed and superbly researched blog about finance in football. You can see the writer's accountancy background all over his entries, but he has a gift for expressing difficult concepts in layman's terms and he never lets the narrative distract from his obvious passion for the sport. 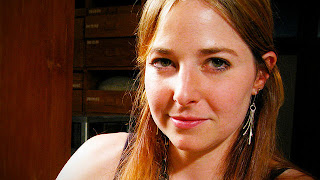 Current bane of my existence: On Monday, it was every single person I spoke to! Things have since improved though.

Current excitement: The fact that every time I look at my fish tank, there's another new clutch of babies. Firstly, it's brilliant that the breeding program I have in place is so successful, secondly the fish shop down the road will buy them for 50p a time. I may never be a millionaire, but every new pet in the world is another life improved!
Posted by Kris Holt at 22:55