When rape is serious: a Justice Minister's guide

Five minutes on Twitter this evening brought up 400+ tweets about Kenneth Clarke. He is fast becoming a household name on both sides of the Atlantic and really has no-one but himself to blame. If Downing Street seems rather relaxed that the Justice Minister (and former practising lawyer) can consider that there is a difference between rape and serious rape, they will be only too aware that the storm on this issue has barely begun. 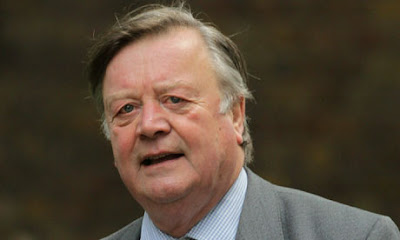 There are few subjects more stirring to the electorate than female emancipation and equality. While it may be obvious in retrospect that Clarke was trying to distinguish between constitutional rape (i.e. consensual sex with a willing minor) and the kind of sadistic violent rape so beloved of Anthony Burgess' 'A Clockwork Orange', a seasoned politician such as Clarke should know when he is stepping onto thin ice and act accordingly. By making the confused statement that date rape was somehow less serious than other kinds, he has given his opponents all the ammunition they need to show him as being out of touch with women's issues. A swift apology while the show was still running and an immediate admission that he should have chosen his words more carefully were the very least he should have offered. Instead, he will now bullishly face the morning press, his misplaced belligerence a tainted shield against accusations that he is no longer fit to be the Justice Minister.

One suggestion from Twitter that intrigues me is the complete rejection of the use of the phrase 'date rape'. It is felt by some that the classification of a crime in this way somehow trivialises it and contributes to the notion that we have seen implied by Clarke - namely that there are serious offences and less serious offences. I find this argument compelling and am wholly supportive of the idea of doing away with the phrase altogether.

Whether you feel that Clarke's comments have been taken out of context or feel he should burn in hell (and comments from Twitter et al suggest that opinions on the Justice Minister are becoming somewhat polarised) today's interview has thrown the door open on the issue of rape and given us all an opportunity to have a honest discussion about how it should be treated in court. Rape is overwhelmingly (though not wholly) a crime committed by men against women and the pathetic conviction rate of 6% - roughly one conviction for every sixteen reports - shows us that there is still so much more that we need to do to support victims through the court process. Reduced sentences for admission of guilt surely cannot be the answer.
Posted by Kris Holt at 20:11