Boobs, and the Health Privatisation That Causes Them

News has been spreading in recent weeks about potential health problems suffered by women who have received Poly Implant Prothèse (PIP) breast implants for health or augmentation purposes. The now defunct-French company is estimated to have produced two million implants over a twenty year period, with the company and its founder, Jean-Claude Mas, now at the heart of a worldwide public-health care scandal. 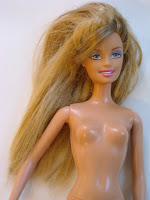 Governments have been quick to play down a link between leaking implants and cancer, but those with the implants have gone on record about hair loss, nausea and other symptoms. As well as risks associated with rupture and the necessary surgeries, it has emerged that the implants themselves may have been created using impure, industrial grade silicon rather than the higher grade required for medical use.

Plastic surgeon Kevin Hancock, of the Liverpool Women's Hospital, says there were concerns in the profession over a high rupture rate. "We are worried about the rupture risk because it is the rupture that brings the contents into direct contact with the body's tissues."

In the UK, we have seen a suggestion from some quarters that the risk of rupture of PIP implants is as high as 8% when compared to 1% for other implants. The French government has since taken the step of advising women with PIP implants to have them removed, despite the increased risks of further surgery. The British government has yet to take this stance, but the NHS has committed itself to covering the cost of similar operations for British women, even though 95% of patients who received the implants did so through private clinics.

Significantly, the company who supplied these products never sought to get the quality approved by independent health experts, meaning that no-one is too sure whether the products are toxic or not. Women worldwide now face an anxious wait to see if and how their health will be affected.

A statement published by the Department of Health said that it expected private firms to match the NHS offer on removal and replacement of the implants among those women with concerns. "We expect the private sector to do the same for their patients. We believe that private providers have a duty to take steps to provide appropriate after-care to patients they have treated."

Notice that the department's statement does not suggest whether this duty is a legal one (it is) or a moral one (it damn well should be). In this instance, we have seen the private sector making a fast buck at the taxpayer's expense (not to mention potentially endangering patient lives) while the public sector will once again be left to pick up the pieces.

Meanwhile, if anyone is ever looking for an example of where the use of private firms to deliver healthcare has resulted in boobs, they now have a ready made example.
Posted by Kris Holt at 11:48