Greek Parents Forced to Abandon Children due to Financial Crisis

You work hard. You sweat, you toil, you put in long hours. You tell yourself that it's worth the sacrifice because then you can provide what's best for your family.

Then, there comes a financial crisis, the like of which the world has never seen. It is a crisis that topples dictators and opens the eyes of millions around the world to the ways in which they are being exploited. 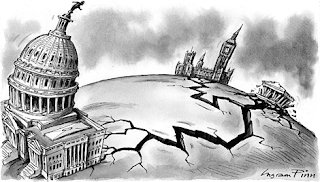 But while the turmoil brings awakening and freedom for many, there are casualties in every crisis, and you are among the hardest hit. Your entire country is bankrupt. How does a country go bankrupt? What does it mean for people? What does it mean for you? Will everybody starve? This is a prosperous, sun-soaked corner of one the richest continents in the world, not a third-world dictatorship. How has this been allowed to happen? Was no-one paying attention?

Your government changes from one democratically elected to one imposed upon you to enforce a neoliberal agenda. You campaign and demonstrate but you are no longer master of your own destiny. Prices skyrocket. Self-interest proliferates. Everyone looks to one another for a solution. 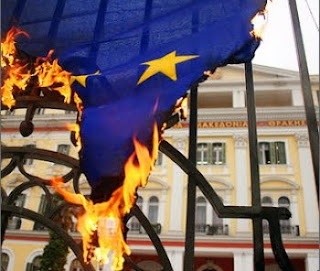 Finally, you lose your job. Alone, a single parent in a suburb of Athens, how are you supposed to support your family? Maybe if you lived somewhere wealthier, you could tighten your belt and get through it. Perhaps you'd give up your car, or your satellite television. Here, in modern day Greece, you might have absolutely no other option than to give up your children.

How heartbreaking must it be to love your children so much that you feel that they would be better off without you? In a country where the welfare state has been devastated, most people in financial need are forced to turn to charities for assistance. However, charity donations have naturally plummetted as a result of the crisis. The sudden increase in need is shocking a country where family ties are strong, and failure to look after children is socially unacceptable.

International charity SOS Children has received 800 requests in Greece alone in the last calendar year for assistance with supporting children, and many of these cases are requests from parents to have the children taken into care. This number is an explosion from previous years and is almost 100% attributable to the financial crisis.
Posted by Kris Holt at 22:27