By far the most entertaining news of the week prior to yesterday's new year celebrations was the little-heralded item that saw Pacific nations Samoa and Tokelau jumping westwards over the international dateline. The change was made in an effort to boost trade links with Australia and New Zealand, and comes 113 years after the decision was made to travel in the opposite direction in order to attract the trade attention of the United States.

The change was heralded by Samoan Prime Minister Tuila'epa Sailele Malielegaoi, who clearly enjoyed the opportunity to promote the tourist industry in his nation when he appeared in front of international news cameras wearing the shirt below. 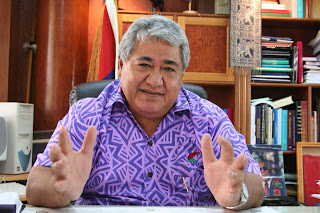 Now, if this decision was as clean cut as it seems that it might be, it would make perfect sense. However, a minority of Samoans have good reason to be a little upset, because the change meant that earlier this week, Samoans went to bed on 29th December, and woke up on the 31st, having skipped the 30th entirely. What about people frantically preparing parties for new year? You think you have a couple of days to pick up the beer and prepare the food, and then you lose an entire day just like that. The change also meant that people born on 30th December now face a metaphysical quandary. Have they aged at all this year? If you were due to retire, have you now lost your chance? I should imagine that all the people born on 29th February are probably looking at this and thinking, 'Now do you see what a bloody pain in the arse this is?'

Of course, in any island nation where the average daily temperature all year round is a balmy 28 degrees centigrade, we can expect that such issues will not prove troubling for long. In 2009, Samoa made the decision to switch from driving on the right of the road to driving on the left, becoming the first nation in the 21st Century to do so. They also have a pretty fascinating colonial history, which culminated in an eight-year civil war that resulted from German, American and British interests funding and training indigenous troops in the region. The situation came to a head in March 1889, when all three nations sailed large warships into Apia Harbour and full-scale war seemed inevitable. However, at the last possible moment, a giant storm struck the bay area and sank all the ships, returning the country to temporary calm.

There is just one other potential issue with the decision to skip the international dateline - the possibility that it might set a worrisome trend. The decision by Samoa and Tokelau sees the west coast of the US as the final stop on the international dateline. It doesn't take a giant leap of faith to imagine one of the loony Tea Party presidential candidates might choose to take a break from bashing homosexuals and shooting Communists to imply that America's position at the back of the queue is an insult by the world against their nation, and demand that the US also skips a day to go to the front. It would probably suit a few of the emerging economies like Brazil too, though the outcome in Canada and other South American nations is probably a little less clear cut. Still, you can imagine the phone call from President Obama to Hugo Chavez in Venezuela - 'Damn it Hugo, if you won't sell us your oil, we're going to skip Thursday!' 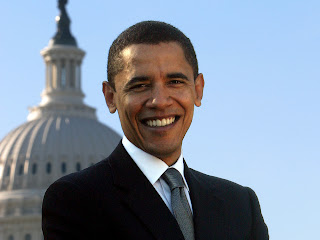 And of course, once nations get a taste for hopping around the dateline, where does it end? David Cameron could skip whole years to bring the next general election forward, then skip back again to continue dismantling the NHS. Vladimir Putin could go back to his entirely fairly contested Duma election in December 2011 and this time, he could arrange to fix a few of the ballot boxes. And most prominently of all, Bashar al-Assad could have delayed his crackdown on pro-democracy campaigners long enough to ensure that Syria had a presence at the Royal Wedding.
Posted by Kris Holt at 10:09