I must admit that I'd been awaiting the outcome of the Stephen Lawrence murder trial with a degree of trepidation. The notion that that Gary Dobson and David Norris might somehow evade justice appalled me, but in equal measure I did not want to see them convicted solely to avoid further accusations of institutional racism in the criminal justice system. It was something of a relief to see the conviction announced with a minimum of fanfare, and it was humbling to see Doreen and Neville Lawrence, Stephen's parents, who have remained dignified through what must have been eighteen torturous years. 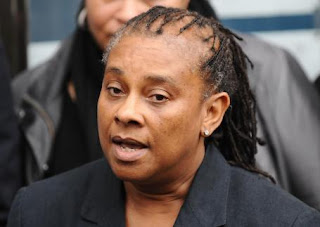 The backdrop of Britain's most high-profile racist crime is a unfortunate one against which to judge Shadow Health Minister Diane Abbott's tweet in which she announced that 'white people love to divide and rule.' To give the comment its proper context, Abbott was responding to criticism of black community leaders following the conviction of Dobson and Norris.

I recently read a newspaper article on the subject of memories of racism. The writers had shared many horrendous stories, most of which were fortunately now many years old. All of the contributors were black.

Some of the memories discussed in the article are truly disgusting and it will likely be difficult for white British people to comprehend how damaging the experiences might be. Nonetheless, it may have been interesting for comparison purposes to ask people of other racial groups what their experiences of racism in Britain have been.

I mention this because I lived in Birmingham some years ago, and it was the first time that I had experienced such a varied, dense mix of cultures. I also remember that while I was there, I was on the receiving end of a racial insult for the first time ever. It is one of the few times in my life that I remember being genuinely speechless, because it was so unexpected. It causes a complex mix of emotions purely because you know that you have been the victim of what is regarded as a criminal offence in law, but it is hard to feel truly upset about it when you are culturally secure as part of a sizable racial majority.

The truth is, I don't feel impugned by the implication that by virtue of my race I am somehow an expert at dividing and ruling others. Nonetheless, regardless of any suggestion that it was a reference to a long-gone colonial past, Abbott's statement remains offensive and reeks of ignorance. I am also annoyed by those who have jumped to Abbott's defense saying that they aren't upset because 'they knew what she was trying to say.' What could that possibly be? As I discussed in the previous paragraph, it may be easier to ignore racial insults when you are in a majority, but that doesn't make such insults forgivable. 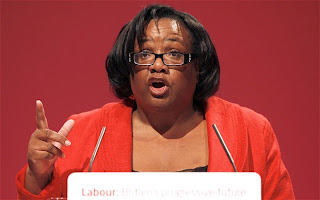 I have no reason to believe that Abbott is a racist in the sense that she hates white people. However, I do believe that her actions are foolish and they suggest that she is incapable of leading in emotionally-charged situations. I believe that Ed Miliband has done the right thing by admonishing her. He would be entirely justified in asking her to reflect on how her actions have been damaging for the party and have distracted attention from the issues that Labour should be gainfully campaigning on.
Posted by Kris Holt at 23:59